Cosmetics firm Kiehl's celebrates its 10th anniversary in Spain with a charity project called 'Kiehl's LifeRide' in favor of the Foundation Juegaterapia.

New York-based cosmetics firm Kiehl’s since 1851 a few weeks ago it celebrated its tenth anniversary in Spain presenting his new charity project, 'Kiehl's LifeRide', which aims to raise funds for the Foundation Juegaterapia, which helps children with cancer through the game.

En 1851, Kiehl's was born as a pharmacy in the East Village of New York, style apothecaries of old Europe. His founder, John Kiehl, Create a business whose originality and richness lies in a unique combination of knowledge cosmetics, pharmaceutical, botanical and medicinal which they have been enriched over generations. Currently Kiehl's has carried out a selective process of internationalization with the opening of boutiques in some of the major cities like Hong Kong, Taiwan, París, Londres, Hamburg, Milán, Barcelona, Valencia, Sydney, Dubai and Madrid, where they opened ago 10 años. (only in Spain, Kiehl's has opened Spain 41 centers in this decade).

To celebrate these "aluminum weddings" has carried out the 'Kiehl's LifeRide' initiative, that encourages the purchase of a Limited Edition Solidaria bestselling Ultra Facial Cream, whose profits will go to the completion of the next "Garden of My Hospi" the Juegaterapia Foundation plans to open in the HospitalGregorio Maranon de Madrid. 'LifeRide' (El trip de la vida) It is inspired by the spirit of Kiehl's motero, which dates back to the beginnings of the brand, when Aaron Morse, second generation of the founding family and passionate adventure and speed, proudly exhibited his collection of motorcycles at the pharmacy 3rd Avenue in New York, where they remain in the public eye and from which have spread to many other boutiques throughout the world. 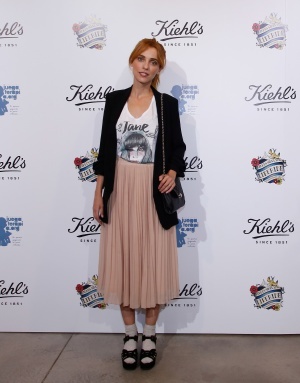 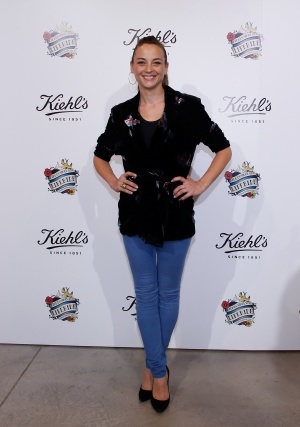 Ultra Facial Moisturizer Kiehl's started selling for the first time in the early years 70 y, desde entonces, It remains one of the products most requested by customers of the brand and a "must" for professional makeup artists in Hollywood.

This is perhaps the facial moisturizer most versatile and used in this product line of Kiehl's due to its lightness, his silky touch and its suitability for both normal to dry skin and normal to oily skin.

It is formulated with an ingredient reference Kiehl's: squalene, a natural oil derived from highly refined olive and recognized for its compatibility with natural skin oils. This preparation offers a magnificent hydration leaving skin healthy and smooth. On this occasion it has a special packaging. Precio: 26,00€ (50ml); 40,00€ (125ml).