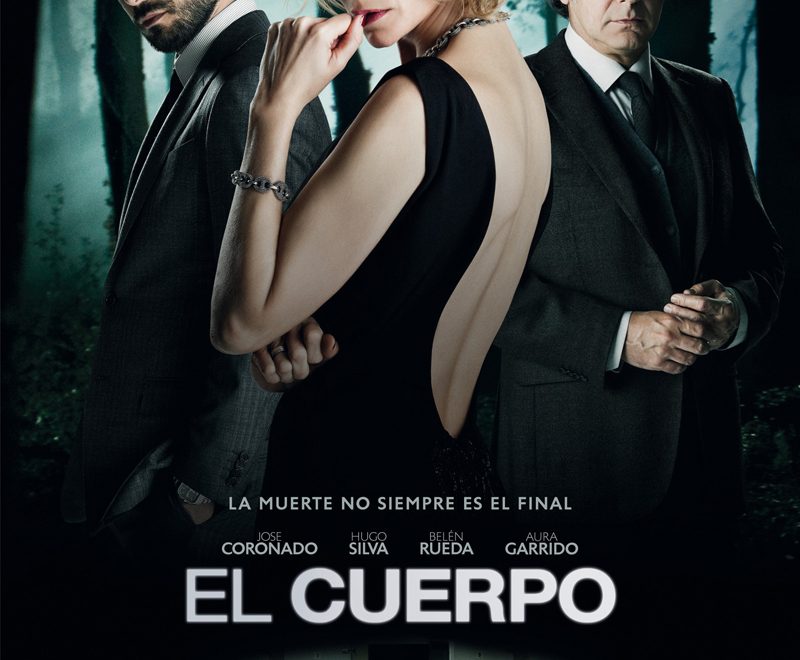 A spectacular dress with the back to the air of Alvarno is the "protagonist" of the poster of "The Body" with Belén Rueda.

What a joy to know how this signature, that has hooked me since birth and which I had the pleasure of getting to know very closely in the Master of Moda ESCO, It continues step by step consolidating itself as one of the most interesting firms in the Spanish scene. Ahora, explain to us that Alvarno has created a dress for Belén Rueda, star of the newly released film called «THE BODY«, and that has been used in different versions of the movie poster. Se trata de un black dress in cold wool with deep oval neckline leaving the back to the air. At the end of the neckline are embroidered sparkles in lace with matching "jet".

As exposed "the producer and those responsible for "THE BODY"Have had a special gesture of support for ALVARNO designers and Spanish fashion”.

THE BODY is a production of Roll and Roll, Antenna 3 Films and Television of Catalonia, with the participation of Canal +. The artistic team is headed by Jose Coronado, Hugo Silva, Belén Rueda and Aura Garrido and it is the first feature by Oriol Paulo who this time has acted as director and screenwriter, and that he had already been a screenwriter for “Julia's eyes”.

AlvarnoFilm and FashionLocker room
by Yellow Glasses
Leave a comment