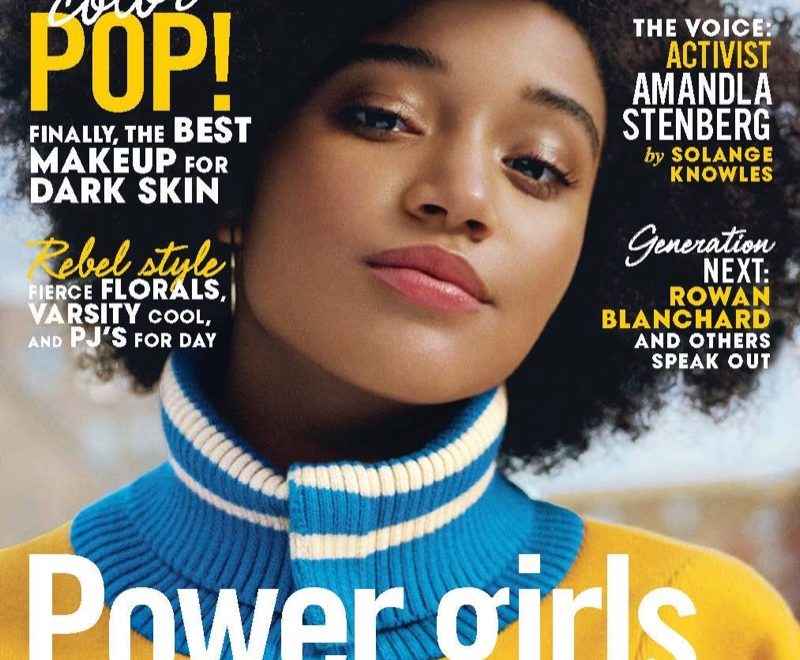 I love the cover of Teen Vogue February with actress Amandla Stenberg!

The afro is not just a trend, but increasingly becomes an imperative when I molarlo all. Is a clear sign of intent that freedom and style is itself, independent and characteristic, and as such it must be defended. If you have curly hair Why not wear it in all its splendor?. This has been thinking of Teen Vogue.

That's why I loved this cover of this youth magazine (Teen Vogue Vogue is the version that is aimed at teenagers and it has often been branded a racist and a little "classist") starring actress Amandla Stenberg (17 años) – no, To me it did not sound me by name only, but if you say it's the little friend of the first "The Hunger Games"Surely you sound more. This February issue has become not only a sample of the individual power of style, but also of the "Black power" in the world moda and the molar mogollón, as it is one of the most molan black, Solange Knowles (Beyoncé's sister), responsible for carrying out the interview with the star of the cover.

At this point it is that the cover is dedicated to the "girl power" and recently, just last week, the young actress has decided to leave the closet openly declared his bisexuality in a video on Tumblr.

Undoubtedly, things are changing and so must especially for younger, to be aware, appreciate and enjoy every time we live, partly, in a world a little freer. (although we must keep fighting on many factors, por supuesto).

Here I leave some of the images that appear in the magazine photographed by Ben Toms.