The International Film Festival of Classic Retroback Scientific Neuromarketing uses to know if Ava Gardner is most attractive actresses of our time.

Ava Gardner, at one time considered the "most beautiful animal in the world" he has been present at the International Festival Who Classical Retroback Granada. Pero, ¿It will connect with the viewer as it did in the early 50 y 60?

To resolve this question, the Festival has used the latest technology, "Truth machine" but scientific. Considered one of the great actresses of her time her beauty was a guarantee of success. Brain House Institute, by applying Scientific Neuromarketing the world of film, It shows how Ava Gardner remains a top actress when with viewers, showing that currently would be considered prettier than Penelope Cruz and Charlize Theron. 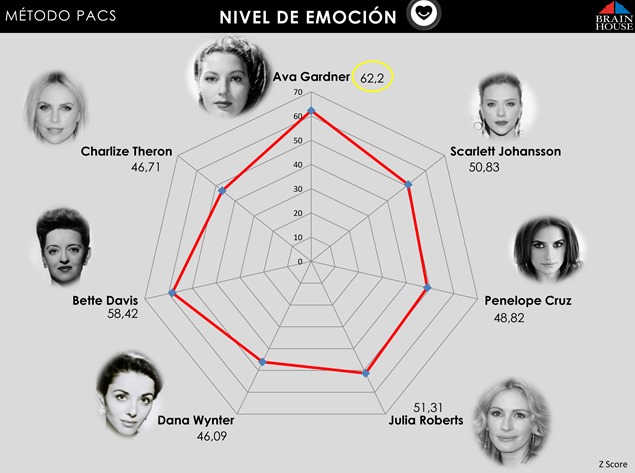 "Thanks to Método Neurocientífico PACS can inter alia, to determine the emotional level and the degree of attraction that generates an actress compared with actresses of his time and even today actresses "said Antonio Ruiz (Co-fundador de Brain House Institute).

No wonder people, We asked their brains. 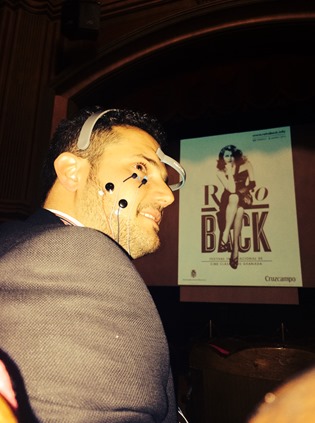 Ava Gardner comparison with Penelope Cruz has revealed that Ava's face it un 116% more attractive than our most international actress.

Apply scientific innovation allows to obtain objective data on how viewers are reacting to watch a movie, short or audiovisual format. In the case of Retroback Festival, We know precisely What actresses better connect with the public, leaving a "footprint" in people through thrilling us very strongly and positively. This working method is an evolution in the way that actors and actresses are selected to be protagonists of a series, película, o spot.