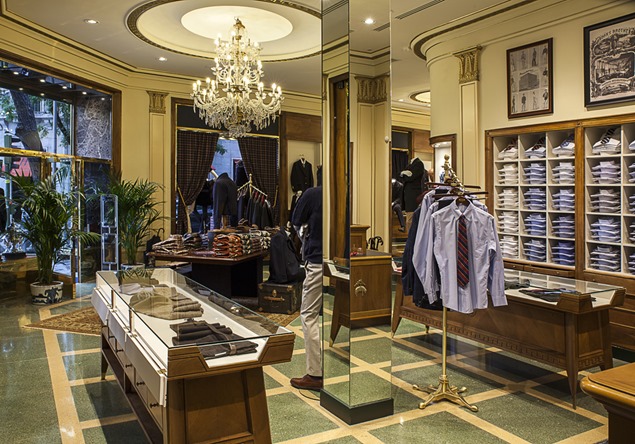 The flagship store of the iconic American chain, which opened in October 2013, is the number 51 in Europe.

With a total of 270 metros cuadrados, the new store, located on Calle Serrano, 14, It is inspired by the flagship store on Madison Avenue, 346, which it has more than 100 year-old in New York. The two-story store will be showcase collection FW 2013 man and woman, collection of juvenile and Red Fleece department bespoke that allows consumers to design and customize their clothes in unique pieces with a style and a personalized garment. The store has columns, capitals and pilasters alternating with light cherry wood furniture and illuminated by chandeliers, which produces a unique shopping environment in harmony with the heritage of Brooks Brothers. 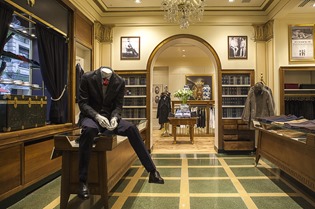 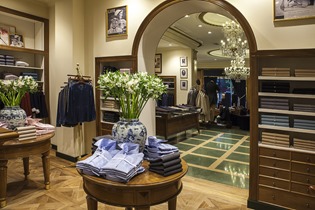 "We are very excited about the opening of the first of the many shops that will be in Spain" indicates Luca Gastaldi – CEO de EMEA (Europa, -This Means, Africa) – "In all areas of EMEA, and more particularly in Europe, having continuous growth of our stores. In the capitals of these areas, Growth has been strong and we are grateful to the independent brand stores and distribution for it: The goal is to become increasingly strong, and the United States and Japan, markets where Brooks Brothers is well-established "

Brooks Brothers has been present in the Iberian Peninsula for years thanks to numerous outlets, the most recent is at the Village Rozas de Madrid, which is sponsored by El Corte Ingles. So it was natural to open its own shop in the heart of the city. 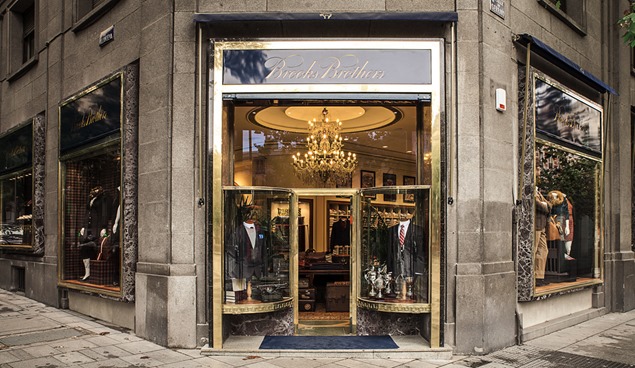