Every six months so passionate about moda (and some - many more - posturetas) We give us appointment at IFEMA (That enclosure near all, welcoming and wonderful!) to attend a new edition of Mercedes Benz Fashion Week Madrid Cibeles a.k.a La Merche b.k.a. This weekend celebrated its 65th – MBFWM17 – presenting proposals for autumn / winter 2016/17 and of course I could not miss it, because I'm much of a bombing Register. And if that were not enough, I was not like a random assistant, but part of the cast of official bloggers of this issue. (thing I must admit that fills me with pride and satisfaction). 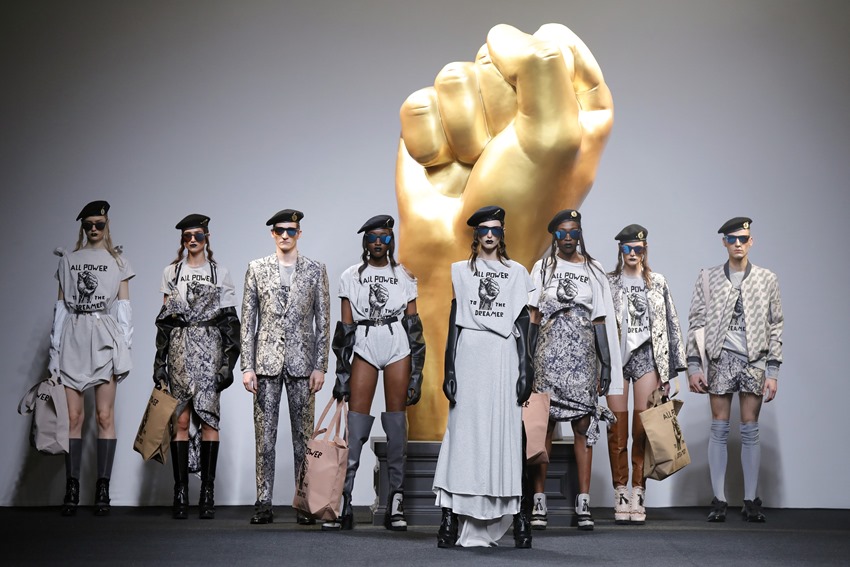 Beyond speak about fashion proposals (that I was narrating live through Twitter and stories of Instagram) I wanted to do an article compilation of memorable things of this edition of MBFWM17. I have chosen 10 positive things and surprise and 1 negative that I can not keep quiet. You whether you were there, as if you would have liked to go, this is the most remarkable thing happened (or should not have happened).

12345678910
Charo Izquierdo First Edition. The new director of the runway began its journey a few months ago. Following a meeting with the press to present the digital gateway before the appointment at IFEMA could talk to her and I conveyed the desire for improvement and enthusiasm he put into this project again. After good work recognized and professional faces this challenge and, although much remains to work and improve, por supuesto, He has won a vote of confidence. Let's take a vote of confidence and a few issues over shooting. In this first it has already begun to notice some freshness, and I speak not only of changing carpet.

Spanish model tops meeting. Back view is good sometimes back - uh - and if done as Juan Duyos got even better in MBFWM17. In its anniversary parade 20 on the catwalk Cibeles proved his worth not only as a designer - with a series of great looks that reflect the perfect brand DNA - but also as a creator of momentazos since meeting at the gateway to the best Spanish model years 90, defined as "muses, friends and iconos ". The names of Judit Masco, Helena Barquilla, Marina Pérez, Cristina Piaget, Veronica Blume, Almudena Fernandez, Vanessa Lorenzo, Madeleine Hjort, Laura Sanchez and Nieves Álvarez returned to resonate on the carpet awakening memories of many and intrigue of the youngest. wonderful. 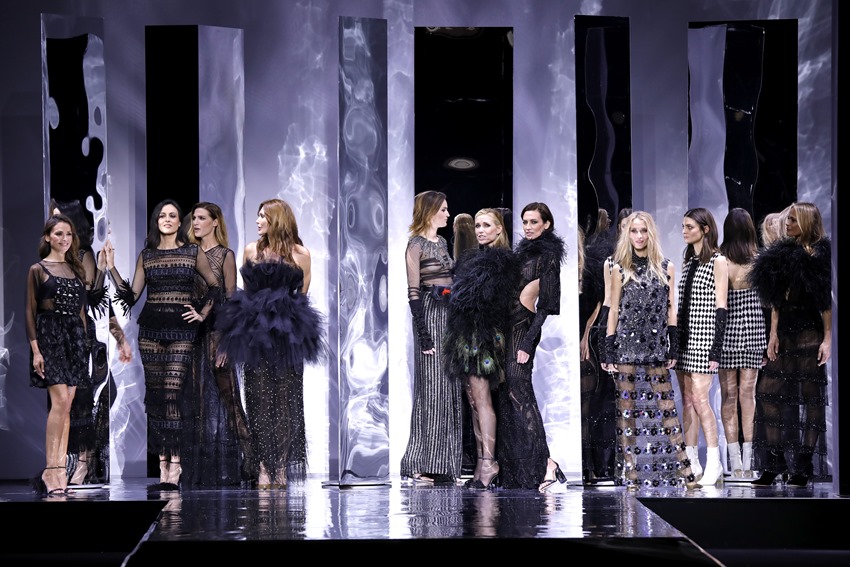 Victoria Abril Revolution. Actress Victoria Abril opened with nothing exaggerated acting Andres Sarda parade inspired by the French Revolution. Marie Antoinette in crinolines impinged upon soldados'en panties. Certainly the first time in April treading the catwalk could not be overlooked and social networks and point topped all the world media. Panties is not much know but no one has overlooked its presence. 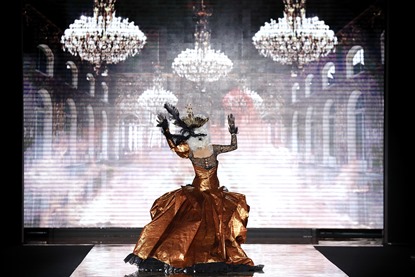 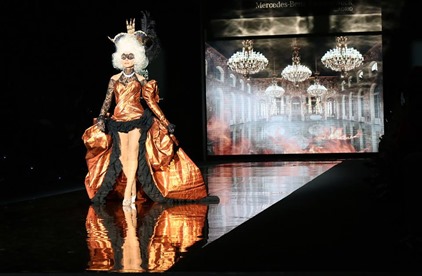 The Secret to Medina Azahara Juana's. Andalusian designer Juana Martin presented his collection with rock dyes. Who says we have Andalusian rock vein? To do this he enlisted the help of the legendary band Medina Azahara who played live on the catwalk 4 of his subjects. To listen live as top songs like "Everything has an end," or "I need to breathe" while the models parade was a real treat.

Juana Martin in the Cibeles pays tribute to the Andalusian rock
Customizing Madrid. The expected return Custo Dalmau (with his signature Custo Barcelona) gateway to the capital we had everyone intrigued. Would it make some kind of wink at MBFWM17? Nada, nothing happened besides the brillis brillis their looks and a touch that I enjoyed the parade They looked zones "security" on the thigh stockings! 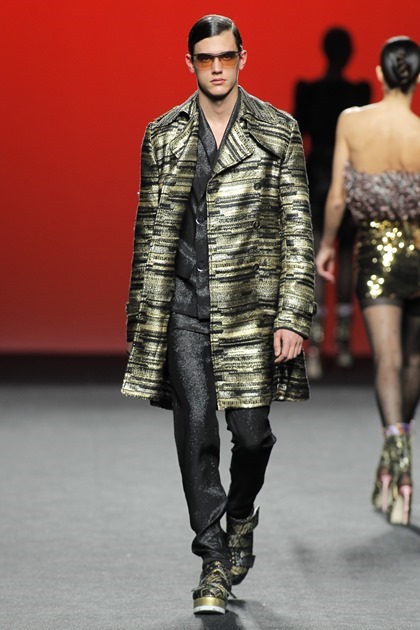 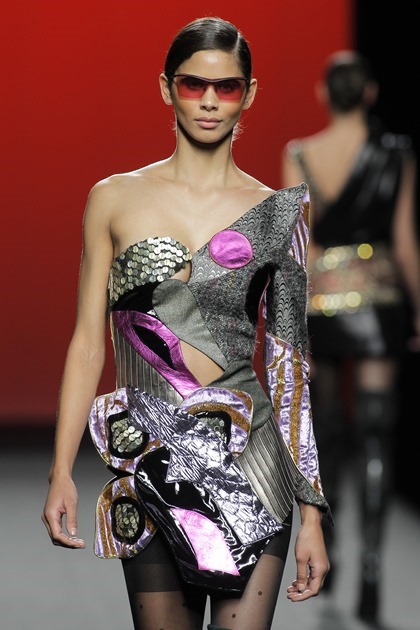 Knee!. People who work in fashion also eat, but little during MBFWM since their cafeteria prices are quite exorbitant. In this edition one of the sponsors was knee that put a booth selling their products through the Cibelespacio and made people happy muuucha.

Farewell to gray background pictures. "Come let us out a Piti and a photo!”. In this edition of La Merche it has been impossible. A guard at the door undaunted prevented downstairs and smoking. Notice, It is expected that the next photos are viralicen in the floating corridor there to the side. 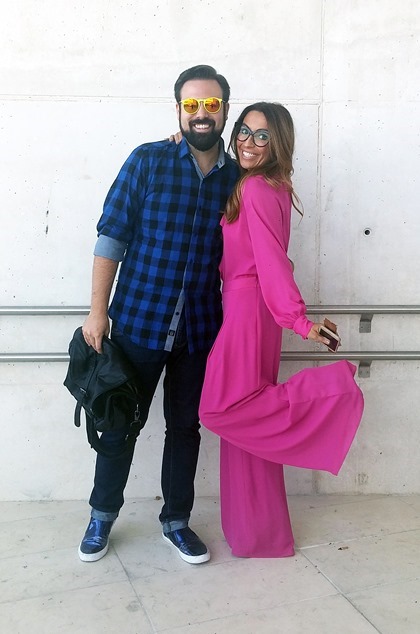 What times when inside could egobloggear!

Wifi (and improvements for bloggers). It is already known that one's home is where your wifi, and this year have gotten a little bit more IFEMA our home, not only spend so many hours, but by the inclusion of free wifi. One of the promises of the new director was looking after more bloggers and digital Gotta! We were included in the press room and the room wifi worked like a charm throughout the edition.

Indisputable victory of the EGO. Each year the EGO gets a little harder. It is proposed that young designers the last day of the gateway not only compete for prize money, but also in recognition. No doubt they propose things much more interesting than the consecrated) Even with prosthetic models. 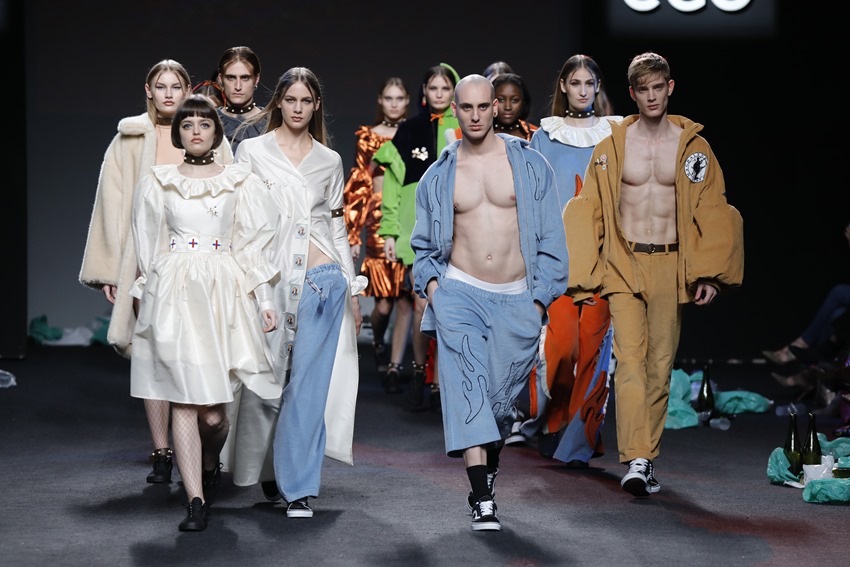 The din of the sitting. Each edition and it seems like the designers (o mejor dicho, its advertising agencies or public relations) do not learn. Names we all know that no occupying spaces vain to go only so it looks like the parade has more cache. People with their entry into the hand that can not sit in one place for "an oversight" of the girl on the stairs. Bloggers official gateway - remember, MBFWM organization has named us - no site or relegated to "after the fifth row" with the consequent problem of poor quality of foto's, videos or live broadcasts ... Really, if they are not putting remedy to this topic, go to a parade instead of being a joy becomes an ordeal. I understand that many people to be content during a parade, but with a little TLC, patience and safe organization could be improved. 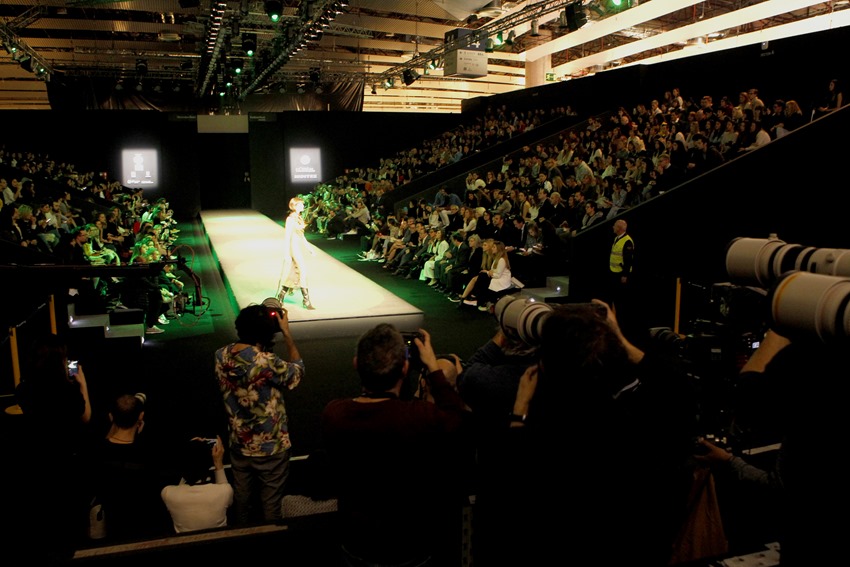 Por cierto, This year I have premiered as an editor at Vanity reflecting on the (low) presence of men's fashion in Mercedes Benz Fashion Week. Do not miss my article What happens to men in MBFWM17 ?