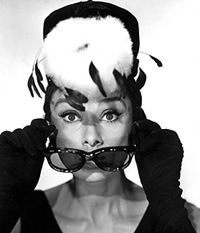 An Audrey Hepburn looking ecstatic showcase at dawn. A vampire "smug" fighting their peers. A young girl trying to provoke his mature professor. An allegory of simulation and virtual reality. or even a sarcastic TV

What these have in common as different audiovisual references? Las glasses Sun!, One of the most representative of each individual complete, personality or brand, it provides an intriguing detail to the wearer. Every season is renewed without losing his trademark gaze hiding to protect her from the sun. Since these yellow glasses I want to make a brief reflection on the historical and psychological implications that have led sunglasses personality and global style. 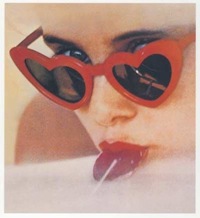 According says wikipedia (Oh venerable sabia!) since the mid-eighteenth century began to experiment with the use of lenses and tinted windows to remedy vision problems. Britain's James Ayscough not know she was giving rise to one of the fundamental supplements in history moda. In the twentieth century the use of such tinted spectacles among the stars was extrapolated cine mute, trait of originality in the mass. It would in 1929 when Sam Foster begin production Affordable sunglasses in the United States and then to the polarized glasses- en 1936 – and even the recent "illegal copies", a step, through thousands of designs.
But here is not to discuss designs, styles or related fashion sunglasses, sino psychological implications of its use and also produces the effects it has on the person as the holder. Jóvenas images of young and winners / as walking down a crowded street with a firm step and big sunglasses, almost as big as their smiles, Copan scenes of hundreds of movies, advertisements and fashion editorials (at any time, not only the 80 fashion lives). Beyond the need for protection against the sun's rays in such cases they are acting as a screen on which to protect themselves from the outside world, or as a symbol of differentiation over the rest. Protection that ensures that our eyes will not be intercepted by others "voyeurs", glass that allows us to look without being watched (fodder for necklines of ladies or men's ass in tight jeans).
How can you read in the blog "corner of psychology", in his article entitled the power of sunglasses "A study by Glenn Wilson, professor at the University of London, He says wear sunglasses can make us feel more confident and look more attractive to the opposite sex”. He even say that wearing sunglasses can compel us to do things that we never dare not carry. Does the effect of anonymity? Researchers at the University of Toronto and North Carolina say they wear sunglasses makes us particularly suspicious towards others and reaches promote unethical behavior. It leads us to the dichotomy, there are elements that we release, that uninhibited us, or we provide the poor performance. 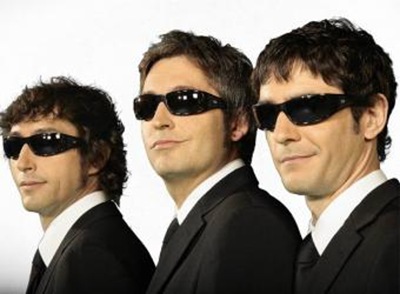 Also behavior also changes if the glasses are signing or copies. The article studies to determine whether the use of glasses or copies of brand also influences when the perception of them is. This report, in the words of the blog he suggests that if people wear glasses "copy" will be more likely to behave in antisocial way, así, suggest that "the lack of authenticity of a product can make their owners feel less authentic (despite their belief that the copies have certain advantages) and this feeling makes them act dishonestly. In a nutshell: the fact of feeling like a fraud makes people really commit fraud”
Beyond color, Nose, or how they become, Sunglasses have psychological implications and their use in certain situations, por ejemplo, when the individual is surrounded by other people it can be a sign of secrecy, shyness, instead of arrogance or superiority. So do not forget that your eyes evening you can also be throwing messages to the world.
Audrey HepburnRecordGafas de solMatrix
by Yellow Glasses
Leave a comment