Discover romantic fashion in their natural environment is not only inspiring, but also it gives us a sublime information of the same. Thanks to this exhibition at the Museum of Romanticism, fashion and history charge a little more life.

"The best prophet of the future is the past". Lord Byron

I wanted to start this post with this phrase of Lord Byron, one of the quintessential romantic writers, because it sums up everything that displays the new exhibition moda en Madrid, that seems destined to become an indispensable circuit fashionista.

El Museum of Romanticism (San Mateo, 13, Madrid) opens today (25 de octubre) the temporary exhibition Romantic Fashion. The exhibition will run until 5 March 2017. In her, además de 22 female and male models disseminated in the context of the museum, as a recreation of the atmosphere of the time, figurines from fashion magazines of the time and stereoscopic photographs of fashion shops and workshops will be presented. 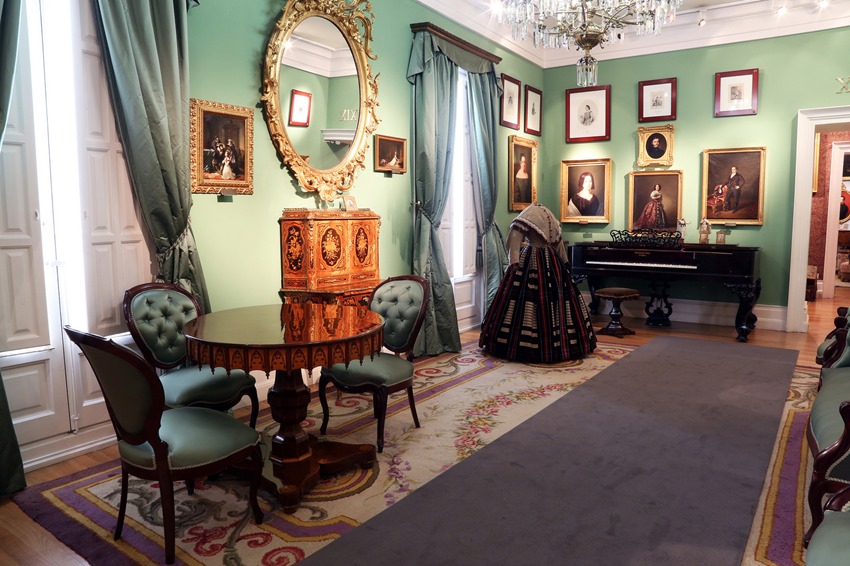 Inside the museum with some costumes. Fotos: Javier Rodríguez

This exhibition is supported for its success not only by its context - I assure you it is great to see the figurines in their "natural environment" – but also by its curator, Eloy Martínez de la Pera, It has signed some of the best (and media) fashion exhibitions of recent years (Givenchy like the Thyssen or retrospective Mariano Fortuny), and scientific advisor Elvira González. The exhibition Romantic Fashion It highlights one aspect of this great phenomenon: the social uses of suit along the Romantic period, in which daily life was inextricably linked to the observance of the rigid mores.

Of all these exceptional models clothing from the Museum of Costume nineteenth century from the funds of the Museum of Romanticism own it includes the Levite who belonged to the writer Mariano José de Larra. 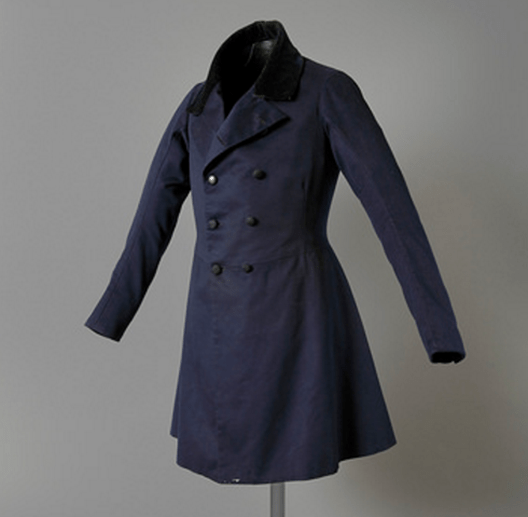 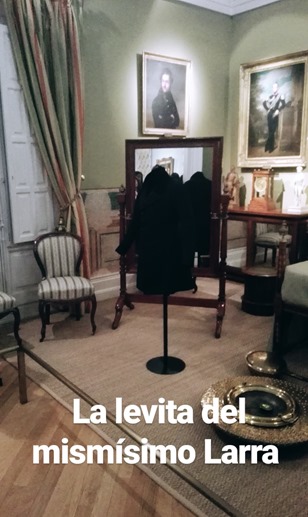 El trip in the time it proposed the museum finishes its visitors come alive at the time we can appreciate the costumes designed, designed and made in the nineteenth century in the spaces that were lived. It is easy to imagine the gnashing of fabrics Costume moving society in the ballroom of the house or moved against wedding dress in the oratory. Not only they gain depth but acquire meaning.

A little history about Romantic Fashion

As explained by passing me information about exposure: Fashion is one of the most interesting social phenomena of the nineteenth century: traumatic time and exciting changes that transform all orders of daily life and have the bourgeoisie as undisputed star. In this century, the first great triumph tailors own firm, fashion magazines and ladies and gentlemen appear succumb, for the first time in history, seasonal changes to your particular trends. 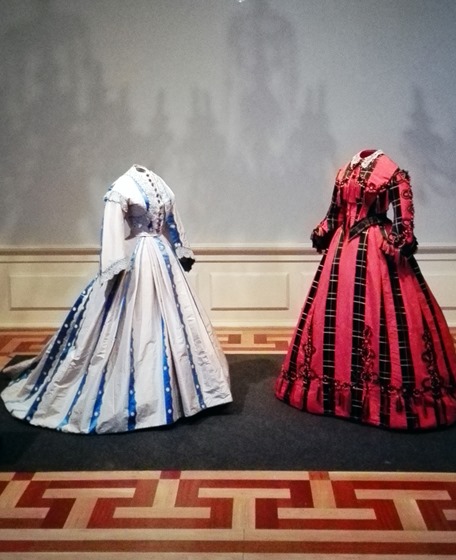 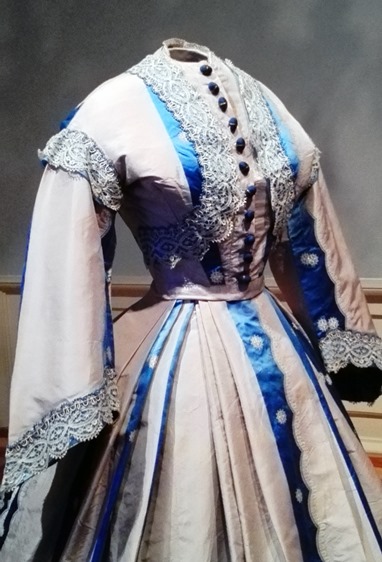 The strict protocol appropriate clothing available to decorum of each activity: the newspaper, the walk, visit or dancing; and various social events, Religious politicians. The exhibition presents, Likewise, the evolution that occurs in the suit since the beginning of the century and during the reign of Elizabeth II. In the sample may be envisaged tailcoats, frock coats and vests Knight, along with female costumes ride, goyescos, dance or girlfriend and even some children's models, They are offering an overview of the social uses of fashion in the nineteenth century. 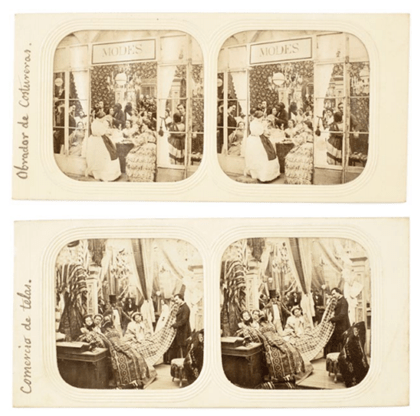 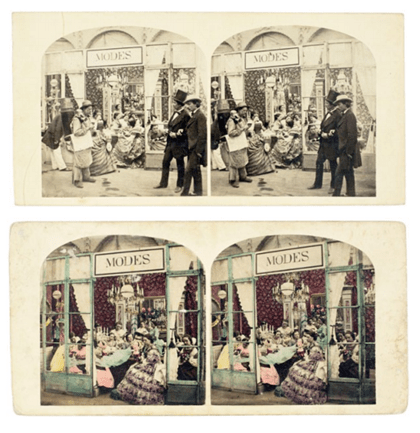 Decade by decade, the feminine silhouette undergoes dramatic changes that transform: from the empire dress, fruit of neoclassical fury with which the century began, to the impressive and voluminous skirts the years 60 -Cupped with crinolinas-, through the austerity of the early dress in 1840 or development of prominent bust and sleeves years 30. The male costume remains, Nevertheless, almost unchanged during the century leading to the concept of dandy.

A group of instagramers and bloggers / as culture and fashion were lucky to go yesterday to a previous private tour led by the curator. Sincerely, Eloy need you to explain to me all the exhibitions in the world because in addition to teaching, It was completely hilarious. Throughout the tour told us many details and anecdotes that I have found very curious and wanted to share with you: 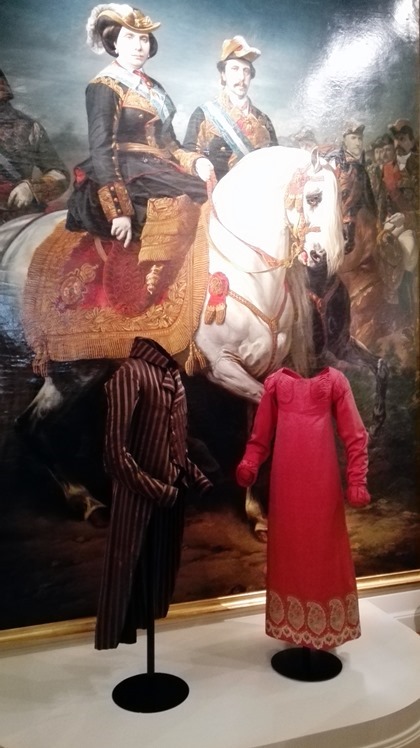 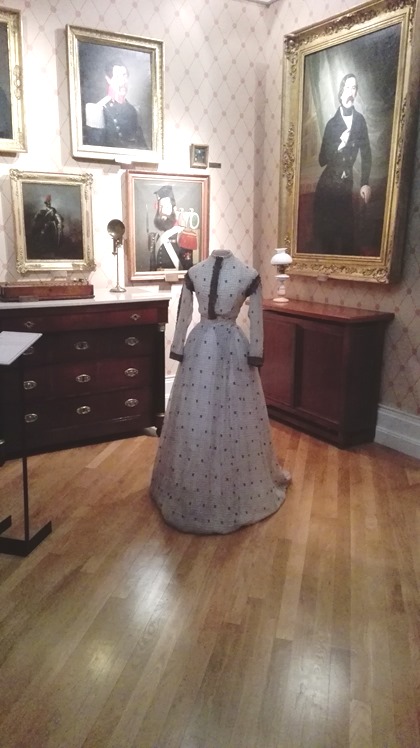 The truth is that it is a highly recommended and exposure can make you enjoy romantic fashion thanks to a experience completa, comprehensive and well spun. Be not miss it! And if you're not lucky enough to visit the Museum of Romanticism previously I recommend you go with time to enjoy each and every one of its details.

Here you can listen to the Rhythm section FM Fashion Decade we devote to this post: