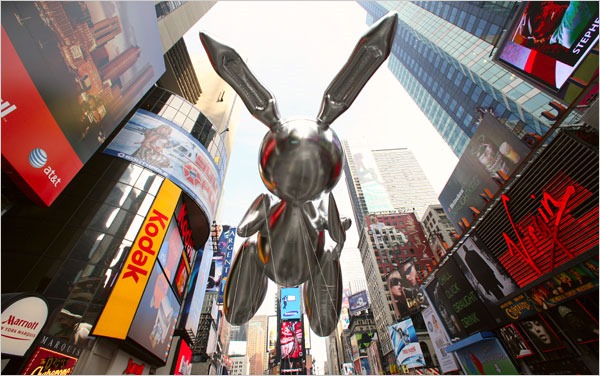 Wherever you are you can enjoy the best New York, only need to find appropriate references. There Yorkers landscapes ... Everywhere! Would you join me in this guide away from New York New York?

Who says no dreams of going to New York - at least once in your life - is lying. The big apple has been the city that has managed to inspire more wishes, dreams and illusions of the world world Nor Disneyland! Many are study tours (career, that in high school reaching Cuenca was already an achievement), honeymoon, courses to learn english, visit friends or just vacation are destined for this northern state of the United States. But… And those of us who stay here - for now? What about those who want to revive it? I have decided to make a different post and not talk about the virtues of New York, if not of dozens of elements that bring us closer to the city of skyscrapers but without leaving your city, town or even home. A guide to New York that you can enjoy far from New York. Can I accompany you?

The New York skyline is a monument of splendor that pyramids or palaces can never match or approach. – Ayn Rand 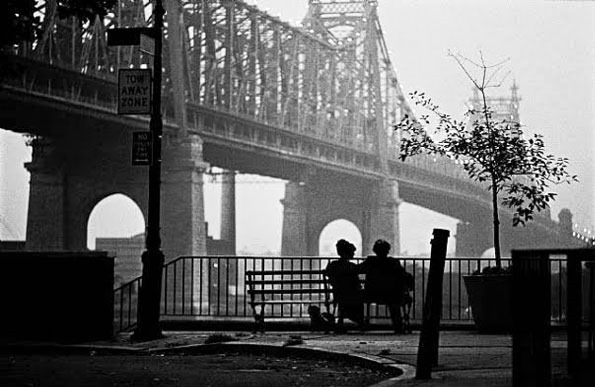 One of many ... by Woody Allen

If there is something capable of moving us in time and space without leaving our living room, it is the cine, good cinema. And if there is a standard bearer for the essence of New York City, it is without a doubt Woody Allen.. Endearing ones walks of its protagonists by Times Square, el Soho o Central Park, in movies as mythical as Manhattan, Annie Hall o Broadway that make the city one more protagonist.

So much so that they have even been created guides trip inspired by his movies. (Buy it at Casa del Libro). Of course there are hundreds of movies based, inspired, filmed and created in and around New York but Allen has earned the title.

Continuing in the audiovisual field we find the television series that have catapulted the city to a fun fantasy, personality, glamor and desire among thousands of young and not so young… 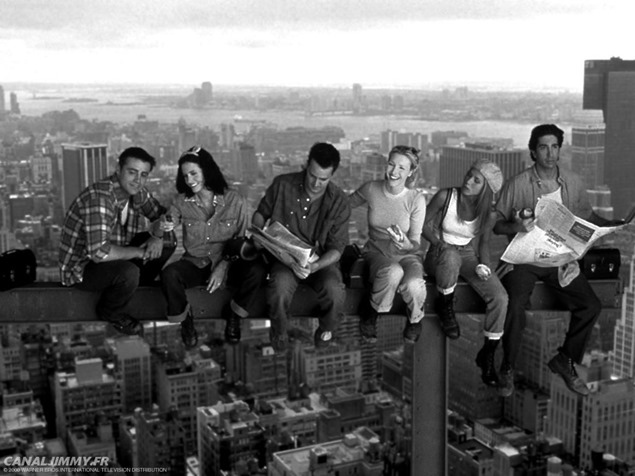 Massive series like Friends, how I Met Your Mother, Seinfeld or Sex in New York they realize that the city is essential to be lived with intensity and sympathy. But many others, they did not make location their flag, they also passed through the streets of the big apple as Felicity, The Nanny or Weeds. (Aquí podéis ver a complete list of TV series set in New York)

At a gastronomic level we cannot forget about hot dogs. It is clear that eating on the sidewalks of Manhattan is not the same while you are almost run over by a yellow taxi but And how comfortable are you at home, in pijama, with a good sausage in front? 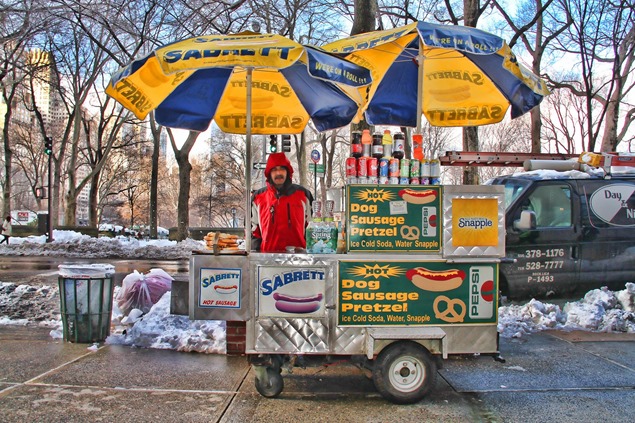 If you want to know how to prepare a good hot dog in true NY style you can see it at this link.

A classic is forever

Regarding music, a classic is forever. We can hit the famous song "New York", New York” de Frank Sinatra, que, as a curiosity,I will tell you that it does not repeat “New York, New York ”because yes, if not it is a full postal address.

The first New York refers to the city, while the second refers to the State. To clarify I give as an example: if they did the Spanish version of this mythical song, using as reference the most beautiful city in our country, the letter would say: “Granada, Andalusia" .

Not only Frank lives music

If Fran Sinatra is not a saint of your devotion or you are looking for something more avant-garde, there are many groups that are born from the very streets of this city. Here you can see a complete list of groups among which the same New York Dolls stand out, The Strokes, Ramones, Kiss o incluso los Village People. 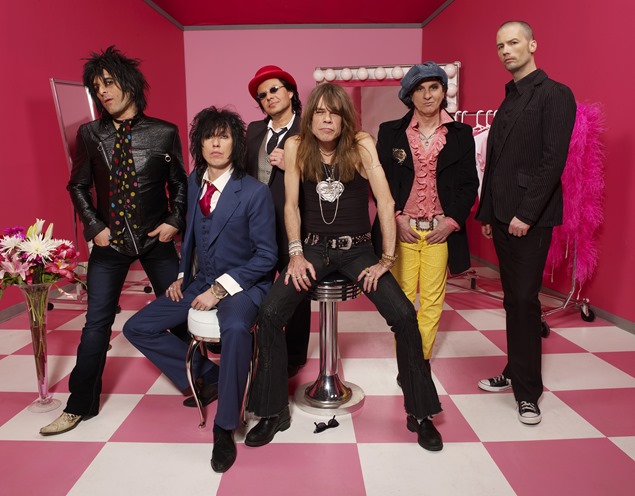 Regarding individual artists, here is the complete list with names like Azealia Banks, Lana del Rey or Lady Gaga. Asimismo, various singers have dedicated songs to the city of skyscrapers such as Madonna, or one of the songs that I like the most, the one dedicated to him by Moby and Debbie Harry.

A matter of art

Dozens of artists convey New York philosophy to us through their various works.

Admire a claiming creation Keith Haring, Jeff Koons o Basquiat or even prolific Andy Warhol that, although he was not born in New York, his figure is indisputably linked to the city. But do we have them close? Of course! You can admire Warhol's work at the Reina Sofía or CAC in Málaga (and even in Granada - Museo CajaGranada), admire the giant Koons dog in Bilbao or more attached even to everyday use enjoy the Haring creations on Zara t-shirts or from the prints of Yayoi Kusama - undisputed artist of New York pop – con Louis Vuitton. 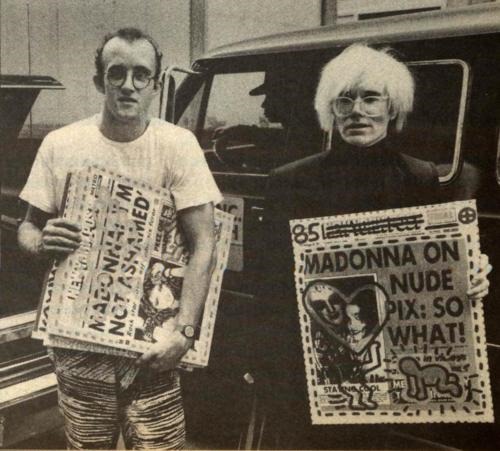 I am an obsessive artist. In that chaotic New York society, full of young beatniks and hippies, as artists we struggled to survive with the aim of building a new world. My works were immersed in those artistic trends such as minimal and pop, entre otros. They had enthusiastic support from the society of those days and were pioneers in the New York art scene. – Yayoi Kusama

If we talk about libros we are not far behind. Since "Poeta en Nueva York" it has rained a lot and it would be impossible to make a list of books that transpire or have as a backdrop this magnificent city completely or in some of its parts. 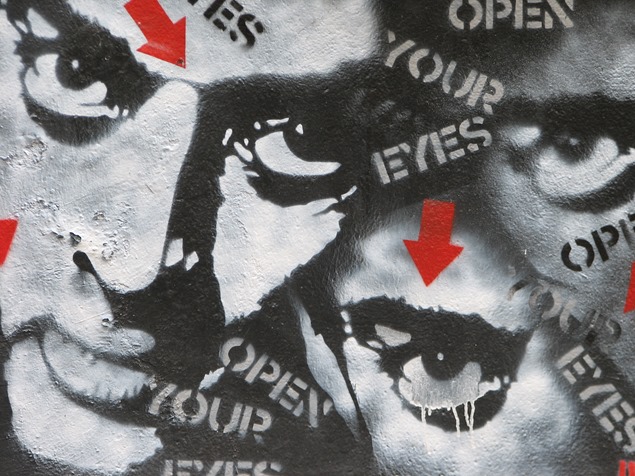 So I recommend you this article with five visions of authors that purely embody the New York essence among which highlight Paul Auster's pen.

And finally we cannot forget a couple of emblems par excellence of the city that never sleeps. Are two, recognizable, essential and they are usually everywhere. The first is about characteristic I Love New York logo (Here you can know its history) How not to see it almost every day on television, memories, infographics, etc…? Here we see the blogger CollageVintage wearing the logo on a sweatshirt. 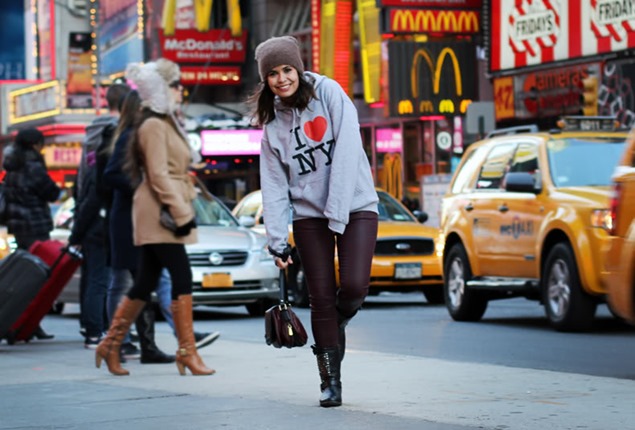 The second place, but no less important is the imposing Statue of Liberty whose real name is "Liberty illuminating the world", It accompanies us from thousands of corners and references! From carnival costumes to high school performances! 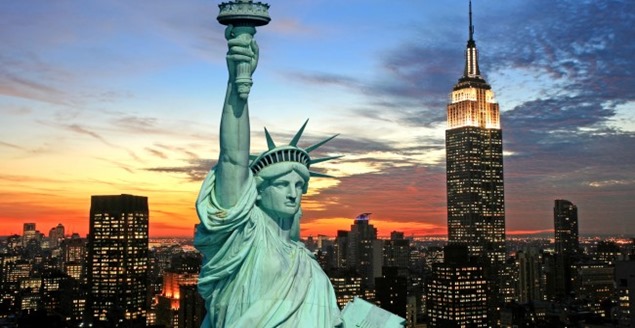 All this brings us a little closer to the essence of New York. It is clear that it is not the same, but we are not short of options to inspire us. Porque al fin y al cabo, we are not so far…

And you? What reminds you of New York? What do you miss in this post?

This article I have made in the "competition of bloggers" for a trip to New York Cutty Sark hand and know the original speakeasies. If you also want to experience this adventure you to "rewrite Prohibition" you can become a fan of the Página de Facebook de Cutty Sark, where choose a contest to get the trip for you and three companions. Follow it all under the hashtag #CuttyNYC ¡Cheers!