The world of fashion is an inspiration for all, Even for Halloween costumes!

Among traditional costumes as "anything in their sexy version«, catrinas of Mexico, zombies or vampires; Halloween is not uncommon to see people dressed as Karl Lagerfeld. Simplicity and iconic styling del Kaiser of moda make cannon fodder to be parodied during costume parties. Pero, and although not the friendliest man on earth, I do not think it is for fear.

Pondering all this, I wanted to find 6 Examples of costumes inspired by the fashion world whose concept itself really scary. Prepared ¿/ the?

The famous emblem of the Versace house is one of the most terrifying characters from Greek mythology. According to Wikipedia "Medusa (en griego antiguo Medusa Médousa, 'Guardian', 'Protective')It was a chthonic female monster, que He turned to stone those who looked into her eyes«. It would be in the twentieth century, reviewing the myth, in which there is a strong feminist component in their character and posture, so the hosts Versace as a symbol invoking the concept. «It has been interpreted on numerous occasions that Medusa was actually the representation of power and feminine wisdom«. 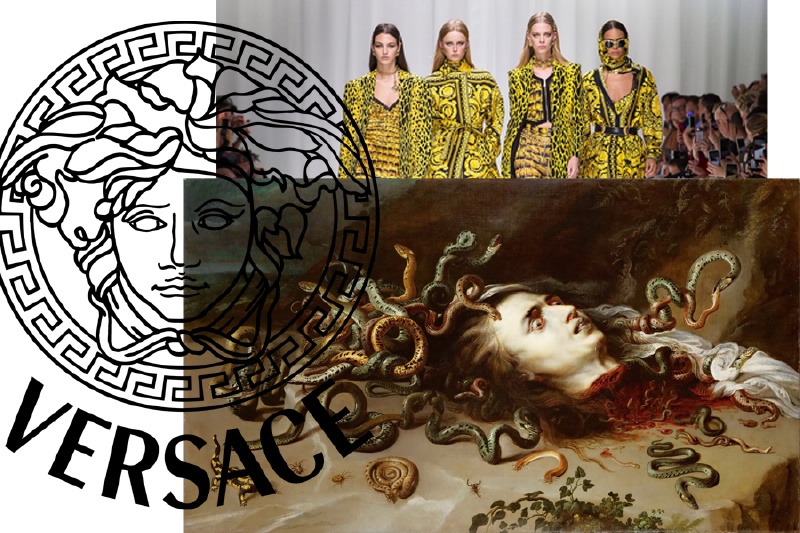 If we want to get closer to the imaginary pop can, without leaving brand, emulate another character with tragic fate linked to Versace. Specifically its creator, Gianni Versace. Due to the recent issuance of a series "American Crime Story: Gianni Versace's murder "explaining what happened in 1997, sure looks of the two protagonists, (killed and murderer), They are one of the most repeated costumes this year.

PD: As last choice, also it gives a little scary Donatella Versace. I leave it there.

This is one of the most controversial pieces of the fashion world. And we come to the hair, mejor dicho, the waist, in this article acojonantes looks for Halloween based fashion. The use corset, led to its greatest exponent, caused many women lost their lives. ¡Sí! As you hear, They are clenching his vital organs and hindered his breathing so its continued use could lead to death. And you may think you pissed off that they would be returning from the other world as a ghost! 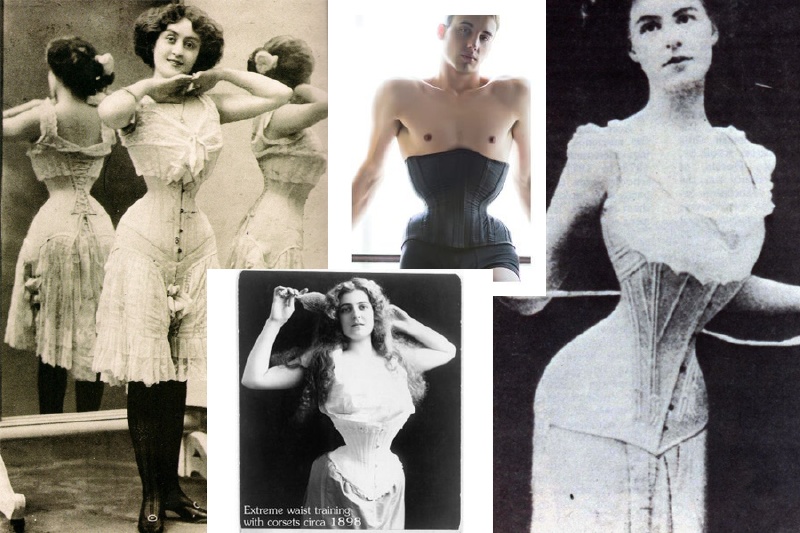 To Napoleon hated corset. I called him "The murderer of the human race"And he considered that the garment had negative effects on birth (which clashed with his massive search births for future soldiers of the homeland) . So if you want a couple looks you can go dead Napoleon and / or corset. What a terrific couple!

But now Gucci, captained by Alessandro Michelle, is magic, joy, certain melancholy and much color and mix, It was a time when the brand moved in a much more marshland! The incident occurred in 1995 It makes us turn into one of our Halloween costumes inspired by the world of fashion. We talk about Lady Gucci, the nickname Patrizia Reggiani put, always with his parrot on his shoulder.

Patrizia was mujer de Maurizio Gucci, one of the heirs of the brand. After economic difficulties of the iconic house, Maurizio decided to sell but shortly afterwards find end his days with one of the darkest murder of Italian noir.

His wife, Patrizia, after discovering that her husband had a mistress and go to live with her, He decided to hire a thugs. Give her or anyone! Lady Gucci was tried and sentenced to 29 years in prison. As he stated in this article «Although he was offered probation in exchange for community work in 2011, Patrizia refused, He is alleging that he had never worked and do not think, so I preferred to stay behind bars«.

Photographer with something to hide

One of the most respected in the world of fashion professions is the photographer. In this case we are inspired by two people whose goal has become to them by controversial and have a look at the somewhat murky world of fashion.

The first name that comes to mind when thinking of shady photographers Terry Richardson is. It has been one of the most powerful figures in the world of fashion image until a few years ago began arriving incessant allegations of sexual abuse. Its extremely sexual vision of life and fashion was not bad, their way to get it is reprehensible. Today it is more than a character cache, giving is a terror. 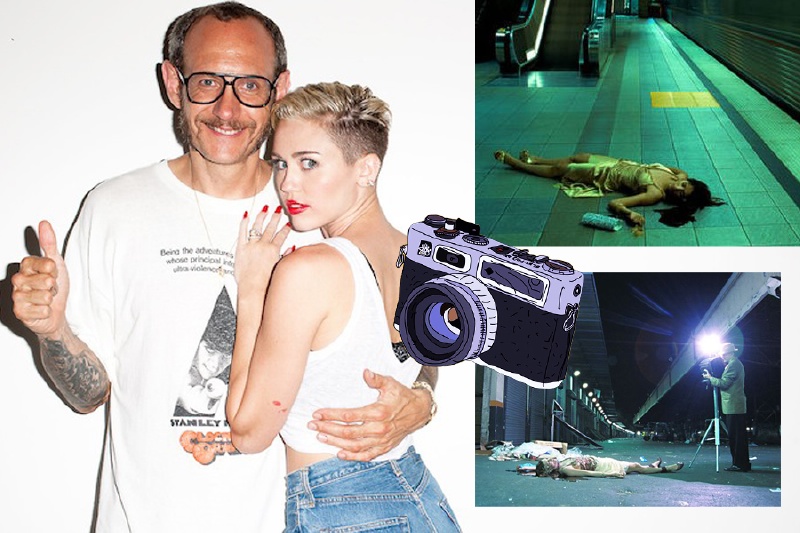 A case that does not look anything above is to Mellanie Pullen. Mellanie is a native New Yorker who has made a series of photographs in which fashion and death shook hands photographer. En su serie fotográfica «High Fashion Crime Scenes» (started in 203 and made up 2017) showed an art form and fashion closely linked to historical crimes of the United States. Show a hanging, But with the latest fashionable dress or a super shoes! In order to react to viewers, He got some shocking images and a touch macabre certainly in his career.

Like photographers, the models also inspire us. What happens when someone who should inspire us for good, It makes it worse? May we have a great Halloween costume idea inspired by the world of fashion! 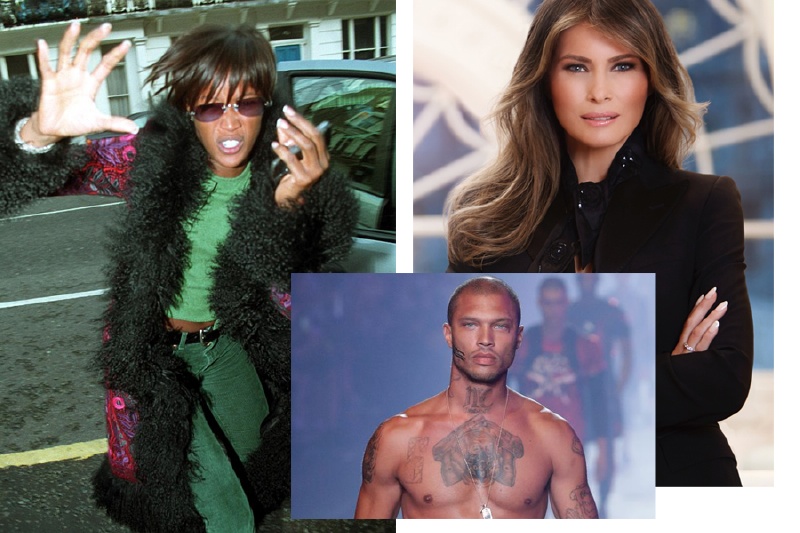 I have some ideas to have a scary costume but without giving up being a cannon. And not! I mean not put the sexy added to any costume. It comes to my mind as specific cases Naomi Campbell with a cellphone in hand, terrifying! (Especially if you're his assistant) Melania Trump o, the perfect reptiliana able to shoot you with her eyes or Jeremy Meek, He named the most handsome prisoner in the world, He has also begun a career in the fashion world.

En 2011, model Rick Genest, whose body was totally tattooed to look like a skeleton and who called himself Zombie Boy, He was hired as a model for the autumn-winter collection of designer Thierry Mugler, at that time led by Nicola Fomichetti. He drew attention not only of experts in the field, but throughout the world because of its extreme appearance. This model took his life in August 2018. 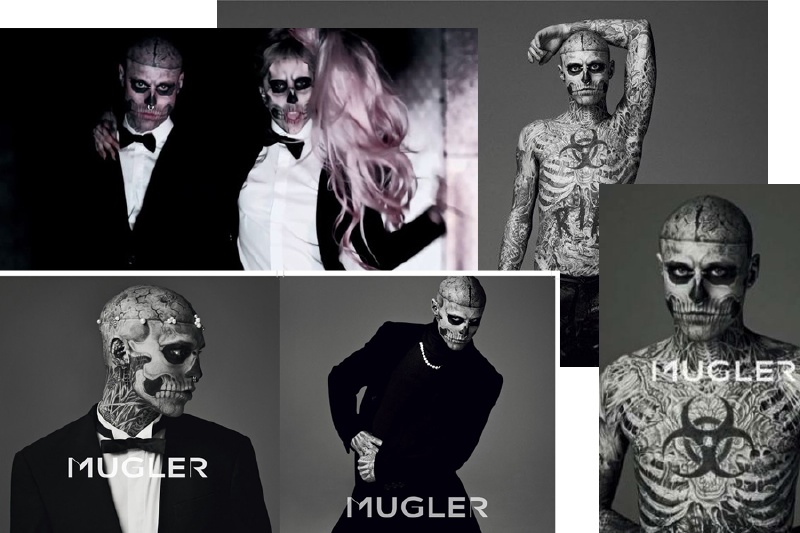 His appearance would serve as inspiration for a later video for Lady Gaga, the song "Born this way», in which the singer was made up replicating the model and tattoos appear with him in the footage. In turn it would become one of inspiration for Halloween costumes recurring world: Skeleton suit jacket, both boy to girl.