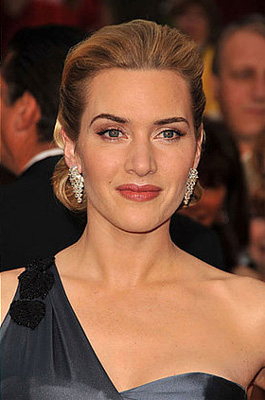 A few days ago the newspaper The Telegraph He published an interesting news with the reaction and statements made Kate Winslet has about cosmetic surgery, both for women in general, as for actresses in particular.

The newspaper explains that the Oscar-winning actress (that phrase coolest, I love that it can be used) He has declared that it will never give in to pressure from Hollywood to undergo cosmetic surgery  "It goes against my morals, the way my parents raised me and what I think is the natural beauty" Explain. Además, Add, "I'm an actress, I do not want the expression on my face freeze "- he is referring to the universal redhead?

The article discloses that other actresses Emma Thompson or Weisz also communicants with this cause, the latter declares a phrase that seems very interesting to me "People who seem too perfect, is not particularly sexy or beautiful".

The article ends with a reference to Gwyneth Paltrow says her if she would be willing to undergo surgery, por ejemplo, on the breasts "I refuse to use silicone, Botox or any other tricks vanity, but a correction after breastfeeding – Why not?. It is nothing more than restore the original conditions, ¿verdad?".

I totally agree with Kate, O Rachel Emma, actresses have to use their ability to convey emotions in order and get the involvement of the viewer, if they become mere dolls of wax that naturally is lost. But I agree with Gwyneth also Why not try to "reconstruct"?

I think that surgery must be very careful not to confuse what adjustments are necessary, with authentic fricadas. A mí, I value the personality and naturalness above all, convinces me that most people do not obsess, es decir, who cares, sí, but naturally... diet, exercise, creams, etc. all that is more than worth to be an improved version of yourself. The line is crossed once you start doing crazy things.

And you do you think?