Sin duda, defined what Lady Gaga's career has been his particular concept of aesthetics and entertainment, but we must not forget that it is not the first, nor the last in artistic value and exploit this resource, from the glare of Abba, Kiss makeup Bowie and androgyny, hundreds of artists seeking an original aesthetic, groundbreaking and differentiating…. 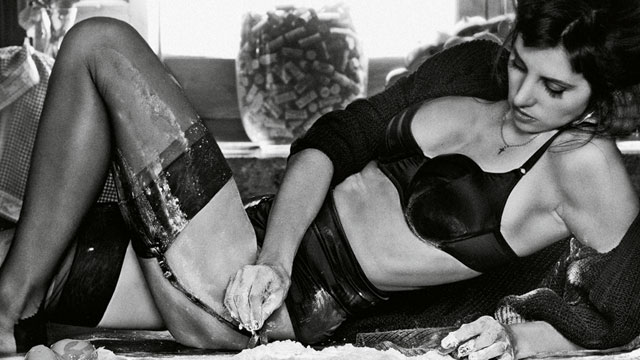 And alson Spain has been aesthetic landmarks such as glasses dark Martirio, or the legs of a half-folk processed by law... And now definitely, many artists commune with ethical and aesthetic different and distinctive styles, the most indie rockers to more.

I want to talk about La Mala Rodríguez, an amazing woman as they come, both musically and aesthetics and has managed to move from the naturalness and simplicity to a baroque exacerbated in his later works, through most cani, always talking about style, because music is a musical journey full of big hits and best songs that take us even world where women are real, strong, very brave and they say what they think I clarito. Aesthetics, en este caso, It serves to reaffirm in each case the generic disk intention and for that reason he has not hesitated to evolve throughout his career.

A nivel personal, I feel great and very successful aesthetics that evolves with the artist herself and that poor including increasingly theatrical in its staging and its music, highlight the great work styling, and of course of carrying out its clip not apologize, Slow motion where we can enjoy a video worthy of mention both aesthetics and composition.

He went to see what this video I recalled what a certain part of the idea of ​​equating La Mala Rodriguez with Lady Gaga by the great use of audiovisual and music reinforcement. No point of comparison or musical style, voice or, but in a gradual adaptation of certain stridency in its staging.

More recently, It has posted the video of the collaboration of the hip hopera with Nelly Furtado, where again, el estilo, both costume and realization reminds us of the many options that can enhance the visual impact of a song. I leave also!