Imagine Karl Lagerfeld is lost in the cities most fashionable Finding it becomes a challenge to Where is Karl?

In the purest style "Where is Wally?”, la Youth just released Editorial Where is Karl? que,based on the same basis - search for a particular character from a visual tangle -, He proposes an imaginary world of moda led to the end and with great sympathy.

Synopsis: Always forth, Karl Lagerfeld, It is everywhere and nowhere at the same time. Florence fashion blogger Sabine (You can call Fleur) You have to find. If he can interview, surely your website stand out from the rest. But where will appear Karl? In a photoshoot in Dubai? In the slopes of St. Moritz? In the Met Gala in New York? Get on the sleeves of your skulls Alexander McQueen and start Fleur help answer the question… Where is Karl? 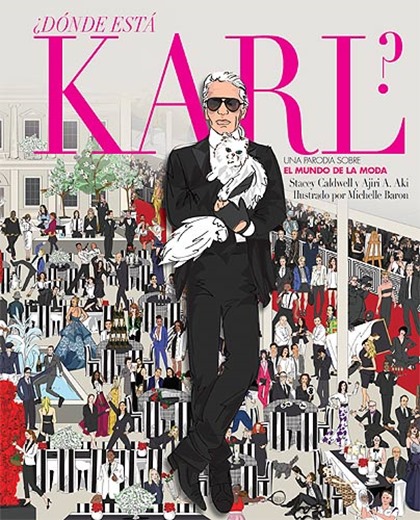 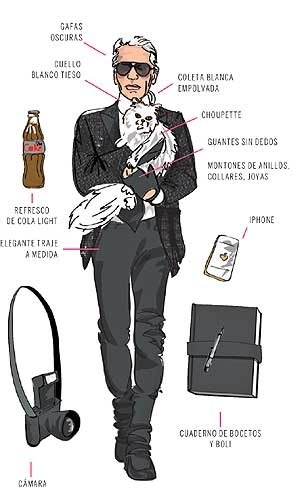 El book It is signed by three women who dedicate themselves to the world of fashion from inside and wanted to make this little humorous tribute not only the famous designer, but also to the world of fashion - and its key players - in general. First Stacey Caldwell is vice president of global business for American fashion designer Thakoon and his coauthor is Ajiri A. Aki is producing fashion videos and has worked with companies such as Neiman Marcus, Macy’s, Farfetech, Marchesa and Rachel Roy. But who have made these illustrations? It is the third name that accompanies us: Michelle Baron is an illustrator who loves to create characters inspired fashion. 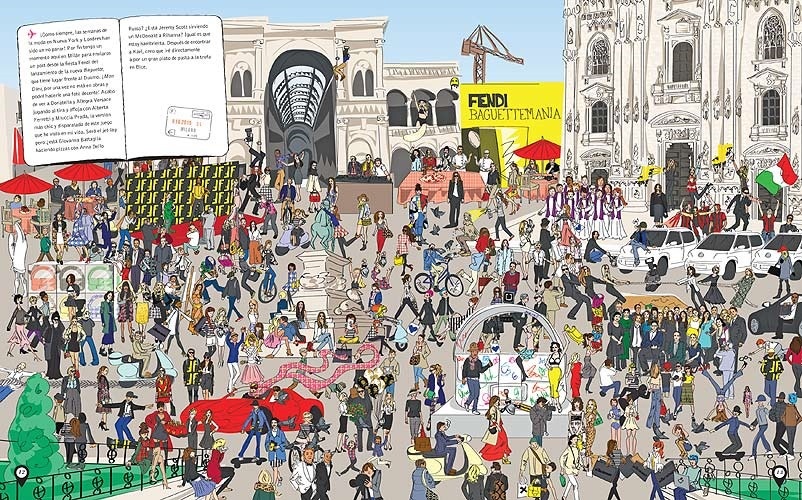 In addition to Karl, along the pages of "Where is Karl?" we can find a number of players in the fashion world: Publishers, modelos, it girls, stylists, other designers ... And the funniest thing is that among all these characters, They slip also many more familiar faces generally farándula. I no desvelaré much but I found people like Lady Gaga or even Brad Pitt and Angelina Jolie with their children.

this book becomes a great choice both for fun and to surprise with a fun gift and linked to the world of fashion. And it seems that Karl Lagerfeld never fails to inspire, and also we spoke recently on this blog from the book: Secrets of Karl by Tiffany Cooper, its "illustrated autobiography but with much guasa”.