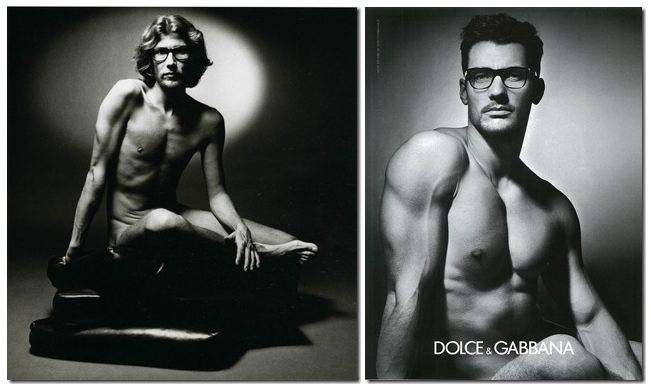 It may not be superstitious but Tuesday and 13 and nothing better than to go over some ideas that highlight the bad luck that can lead the fashion world.

Luck, that abstract idea that some burdens, and many others justify happens unnoticed until they begin to occur very bad things or good. It is not surprising to hear occasionally that of "that good / bad luck you've had or I'm having”. Someone as eclectic as I believe there are days 100% in luck, and others in advocating common sense transported by the results of the effort and dedication. But even in the world of moda can happen details very unlucky ... and we can find them splitting hairs (in this post by black course) but always come to our head that crutch. “What a bad luck!” 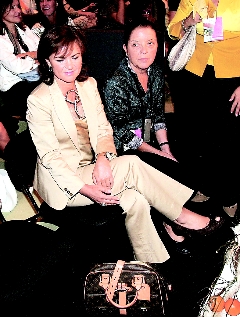 Carmen Calvo, Getting caught with a copy! And we are not talking about egobloggers with empty pockets and addicted to the Inditex group, but of Ministers who come to Cibeles in the year 2005 - By a Con. In this case the bad luck is that we can not even speak of "inspiration", or "tribute" or copy of those that have a pass as fashionable shops mass, It is simply a fake Louis Vuitton. This is pure chining! “What a bad luck leñe, in the neighborhood they had not even noticed"- Thought Calvo.

John Galliano: Is the famous designer was caught bad luck or pure and simple disclosure of their status as public figure?. All I know is that it made it clear that was not quite right in the head .... Hopefully he recovers and comes back soon! 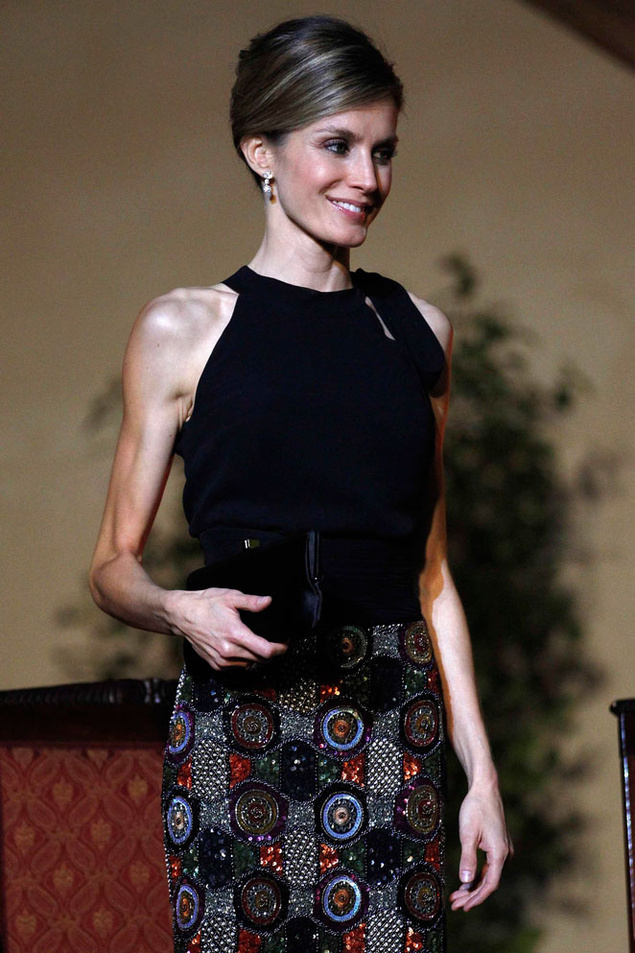 People think that these fatal thing without being anorexic and your anything like that: The latest buzz about it is starring HRH Leti that a bad pose, costume and light (here explain the details much better) we all thought it was on the verge of fulfilling the desire of Mariah Carey, but no, our princess vigoréxica only care which Madonna. If you learn to pose as a egoblogger this would not happen ... 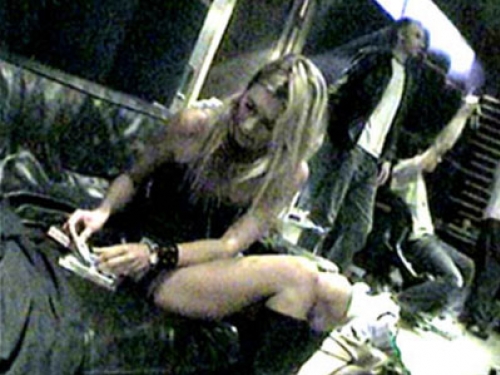 Friends tocapelotas and mobile with camera: Kate Moss knew what we were talking about when she saw this photo published in half the world. No doubt the bad luck is that no longer can be calm or getting high one, oye! 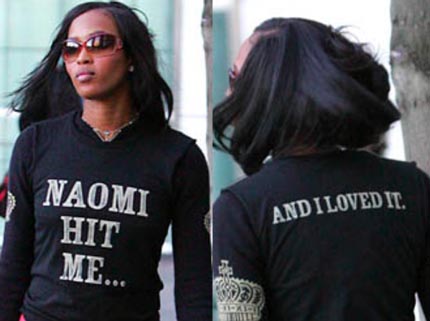 Another top "in trouble" and is very unlucky that Naomi Campbell, you're going to throw your phone against a wall and a maid get in the way... "What a bad luck, if I had known I pointed away"He thought the ebony goddess has since monitored his aim as a lynx. 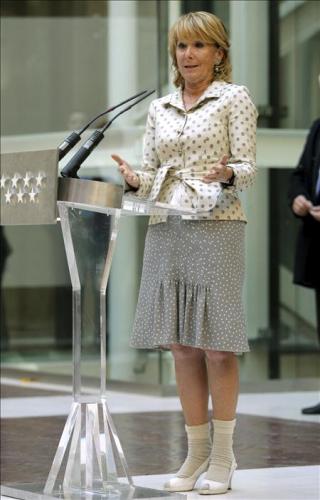 I did not get time to take your socks as Esperanza Aguirre. “The reason is none other than the speed with which the president wanted to show both locals and explain his odyssey. The president has, literally, Bombay shooting in the plane and the plane to the press conference, without going home to groom” (Quote Country). Si claro! Bad luck is not carrying pants, or boots, or remove the socks before appearing.. but we do not realize what is culjanter! 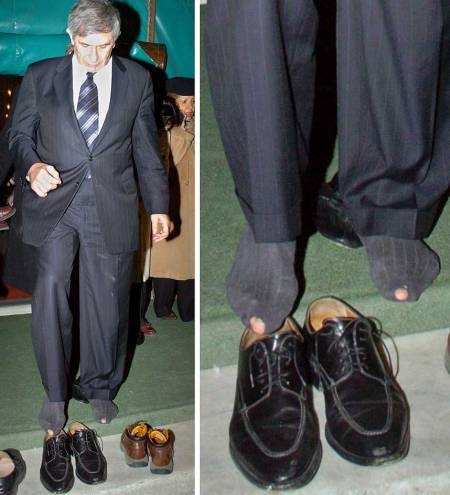 Los tomates de Paul Wolfowitz, which at that moment (2007) he was president of the World Bank. It has happened to all of us that just when you wear the ugliest socks is when you find the shoes of your life in a shop window ... in this case, he, knowing he was going to visit Asian institutions, he must assume the culture change! It is clear that this is a prank call more bad luck. 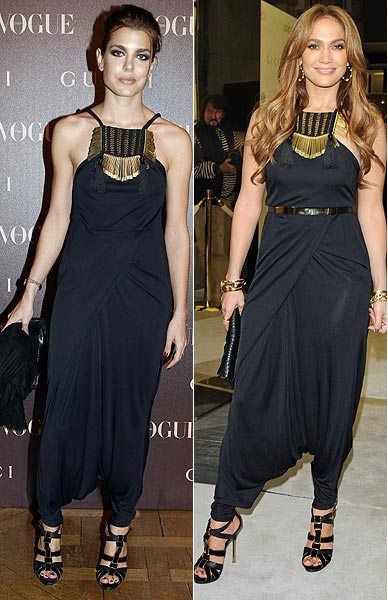 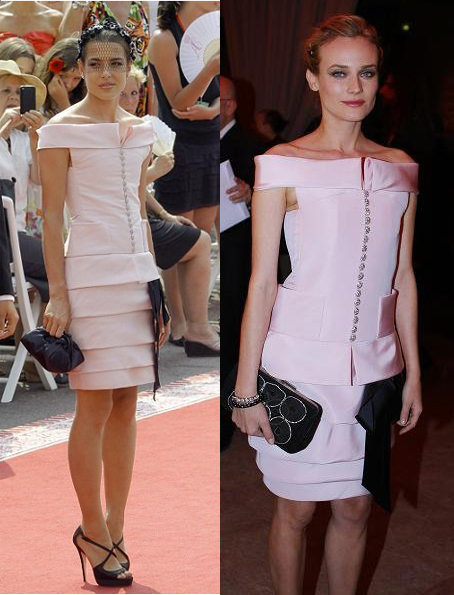 Dress getting caught copying (or that you copied all the time): the bad luck of princess Carlota Casiragui is that she has already been caught several times wearing repeating outfits ... and this in a trendy princess, culjanter and everything is very ugly.

or that the whole world realize that you are copying - almost at face value - your new ad with David Gandy emulating the great Yves. What we have taught these two examples? Copy, en general, it times!

No ir nada residual, neither classical nor modern, have no friends, or inclination, ni un blog…. If instead you have all this, with a little luck, you can show off at the Fashion Night Out in Madrid and “luxury stay"To entire network, social networks and the blogosphere dedicated to the world of fashion across the country.

Take you out in Egobloggers WTF. Although I would kill to go out there - if you publish my looks have a chance - maybe other egobloggers does not sit well the sarcasm with which analyzed the post and the photos in this space "Free of harmful fumes”.

Or getting caught on a Photoshop Disaster... Or in any of those horrible worst-dressed lists, worst makeup, combed worse, Worst of all the world ... "Because I? Lord take me soon!”

On top you get Juanjo Oliva and tell, “this will is like a shot"...

Than "ban"Your hair throughout a country. And if not, let them tell Verónica Lake that she had to save her peek a boo so as not to have to close the factories. “In America it had to be banned because her hair because of the blindness of their manes shooting did not perform to the maximum in their work ". What a bad luck, what is really cute. 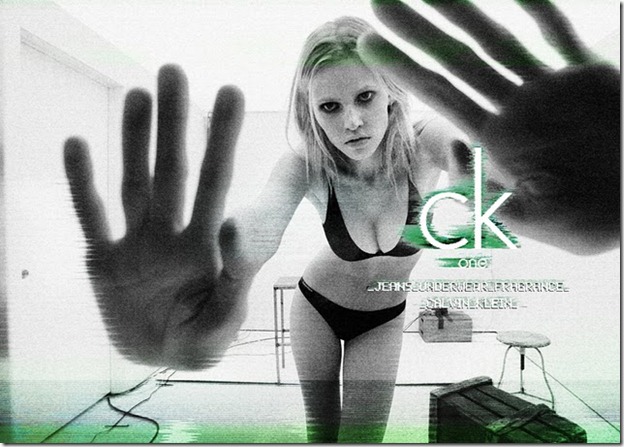 Let them think that you are putting subliminal advertising through their eyes ... as in the example of the giant Calvin Klein ad in New York.

Falling on the catwalk. Because even the models on the catwalk to fear bad luck, and if not tell that to these poor rising to fame for which coastal stagger rush on those heels and those slippery floors. Poor.

But always, whatever happens, You never are afraid to yellow that is not a symbol of bad luck - a tonteriita accident in a theater, safety, - It can be a sign of good humor, sunlight, Heat and intelligence and sympathy ... and here I leave you with another Lord of the yellow glasses that tells you what to What a bad luck!