We are in 2018, fashion highlight is complicated, ¡En's highlight show! This is what we have thought Dolce & Gabbana opening his show with drones.

Technology has always been linked to the world of moda. Not only artistic level (Painters robots McQueen, the 'mechanical' suits Chalayan, or wearing Zac Posen LEDs on the MET Gala 2016, among many other times), but also as to create woven and, production, design, distribution or sale on and off line. Now new technologies up (or overfly) gateway form LI-TE-RAL.

Last year Agatha Ruiz de la Prada opened its parade Mercedes Benz Fashion Week Madrid with a small autonomous robot, This edition of Milan Fashion Week is Dolce & Gabbana who becomes champion of technology fashion models drones. (You can see them in the video below up to the minute 3)

In this case one step further you go and the drones Dolce & Gabbana have become 'models' catwalk worn by the latest creations of the brand overflying the runway (jump on the eye without any of the attendees, please!). «Dolce&Gabanna is not the first fashion brand that uses drones on their catwalks. En 2015 as did the signing of San Francisco, beta Brand, en Silicon Valley«, They say in Reason Why. But it is the massive brand that has made this a milestone, sobre todo porque, it sounds strong say, It gives them a little like the product. (or so it seems)

They had already seen models covered to not distract on the garment or hologram models (McQueen again, always faithful to surprise), and a thousand ways of presenting a collection, but launch signature products and unpackaged? the garment, media and blogs are not talking Articles about whether the bag was nice or not, that just came flying. Italians continue to sell mid-range, their glasses and Perfumes and add up their accounts, so nothing else matters! 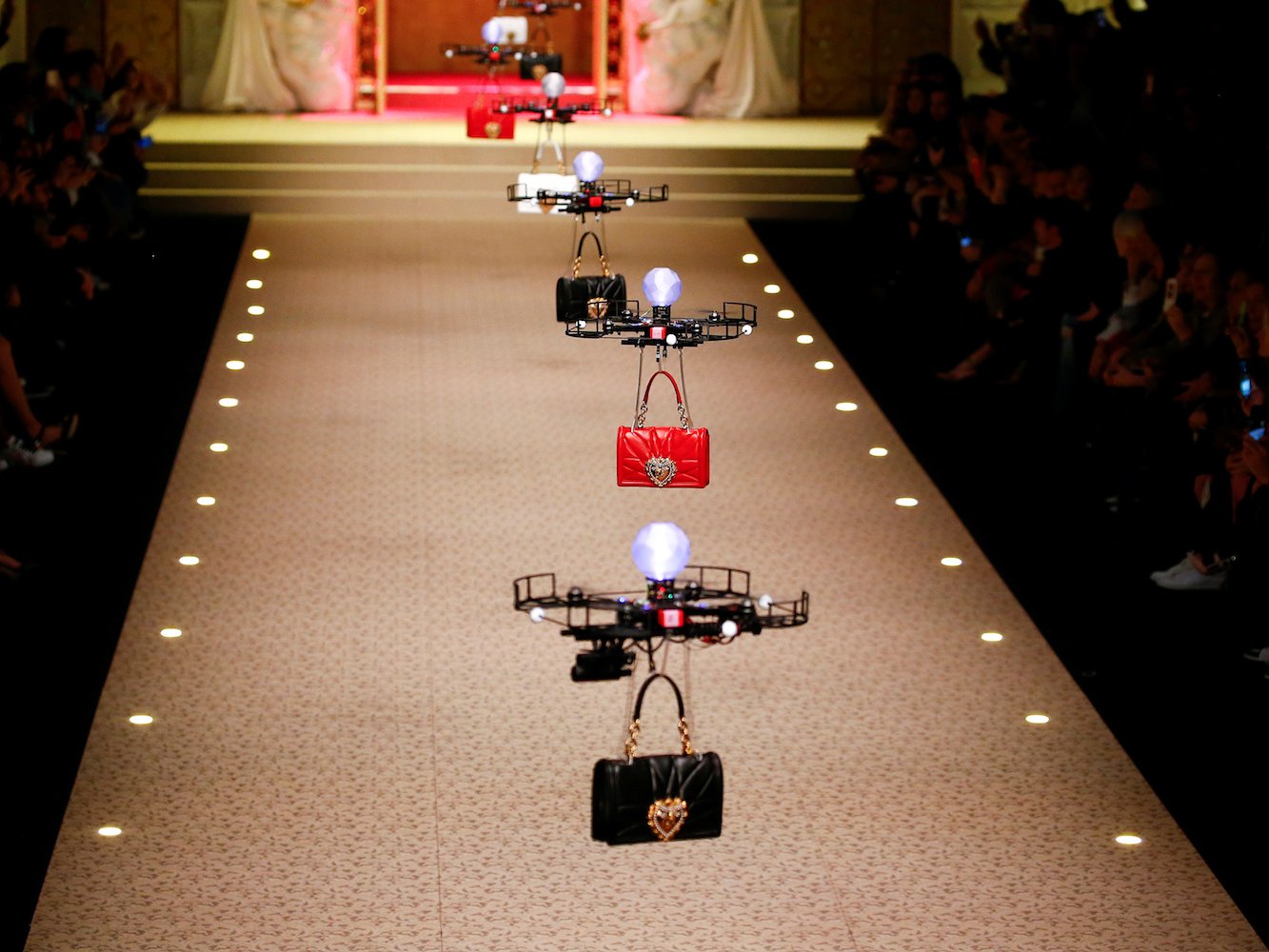 Dolce & Gabbana has always maintained openly and positioned by the mythical concept of Don Quixote, «talk about me, even mal». Although I would add that the brand always tries, to realize, a "talk about me, while it is now"Because they do not hesitate to catch the latest trend (no fashionistas, but social) and apply them to their staging. Something new to bring in when the design or fashion'per se'? Not much! They take some years not go beyond some great outfits and a pair of viral garments per season. Eso sí, They have had their parades are the most anticipated MFW.