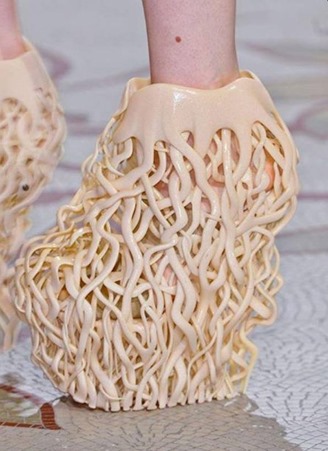 There is a religion whose God is the Flying Spaghetti Monster, see denomina Pastafarismo (read more on wikipedia). Si, as you hear, an entire religion with his gospel and all, based belief of a plate of spaghetti with meatballs flying. Surprising, sin duda, who has jumped to its influyo moda, we know then channeled all social movements and some gone to pot. 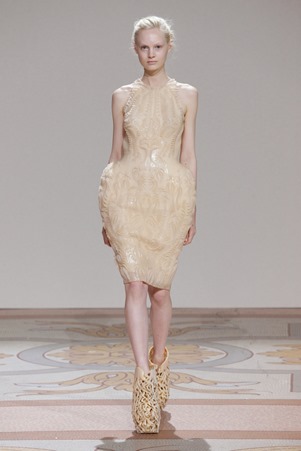 Perhaps all this is a guess on my part but I could not think of anything else in this strange religion when I saw these Iris Van Herpen shoes presented in his haute couture collection for this Otoño – invierno 2013.

Will the Dutch designer, with its sinuous forms, fashionista's new ambassador to the Flying Spaghetti Monster?