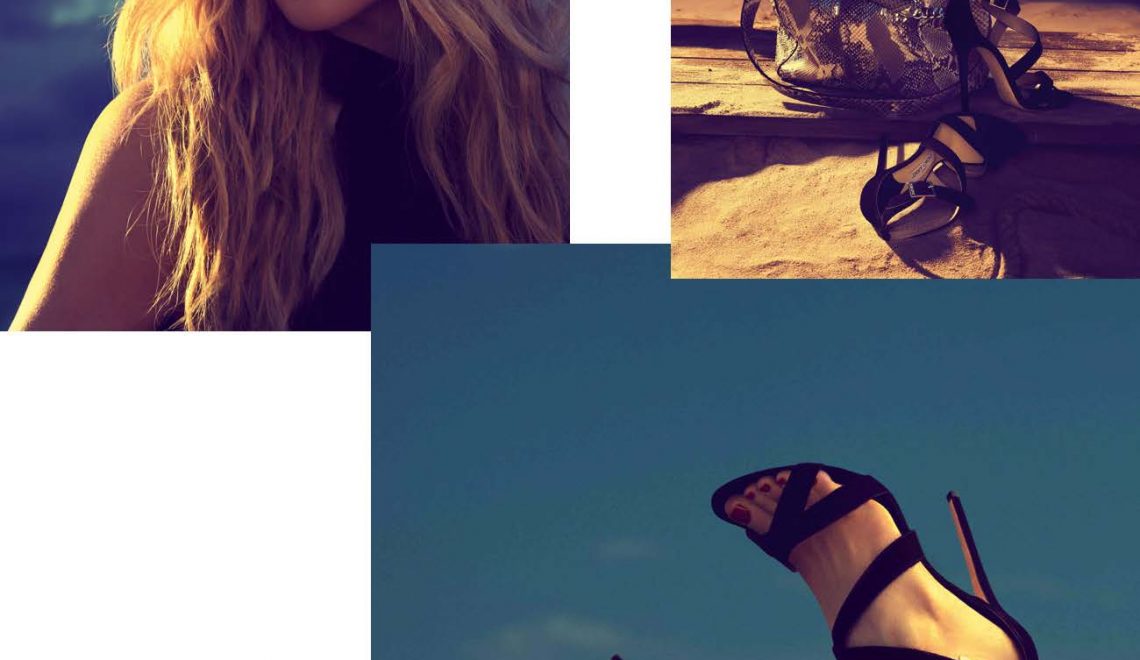 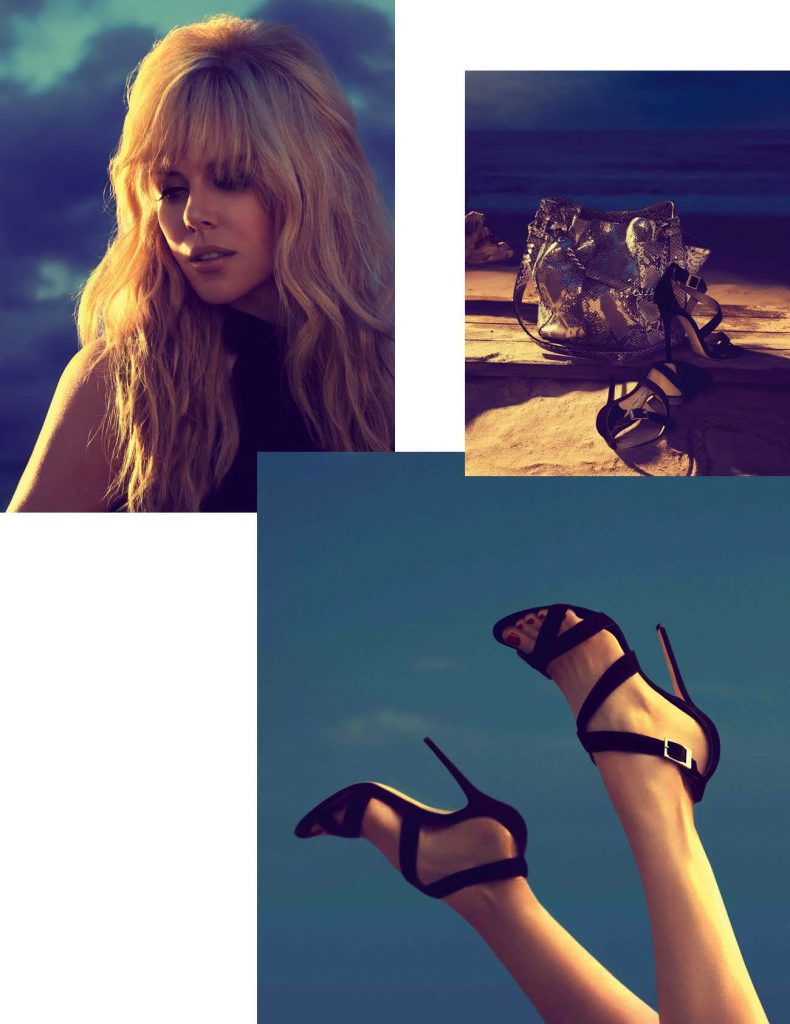 Languishing under the rays of a summer sun that create a heavenly atmosphere, photographyCamilla Akrans portrays Kidman as a captivating blonde mermaid que, with his carefree and glamorous attitude, reminiscent of the iconic stars cine French and Italian years 60.

"I enjoyed playing this role playful and uninhibited, reminiscent of the most famous actresses of the decade of the 60. I let myself be invaded by feelings of holidays past summer on a beach, where we always felt more daring and fun-loving. "Nicole Kidman.

His figure dominates the scene, silhouetted against a dramatic ocean floor, you wearing strappy sandals XENIA while clinging to the bag in python skin ANNA. With sun-tanned skin, matted hair and impregnated with saltpeter and a defiant look, the imposing presence of Kidman demands our attention. A close up shot reveals a one Kidman as a seductive goddess of languid sensuality summer, with her legs folded wearing the sandals XENIA back in a relaxed pose but provocative.