TVE's new Masters program started yesterday Seam, and I have valued 3 great successes of the program, But I have not forgotten two fallitos – very important, la verdad – format!

Last night the show premiered on TVE Sewing teachers. Produced by Shine Iberia, It is an adaptation of the format of UK 'The Great British Sewing Bee». It is a realitie in which a series of "apprentices" dressmaker will be challenged to learn and grow and become masters of sewing. It is an international format that follows in the footsteps – and a similar indent – very successful productions like Masterchef.

«Here the goal is not to find geniuses of the catwalks, but skilled artisans and decisive» – I love how he explains the great Carlos Primo The country – "Here there are three judges, as fairy Sleeping Beauty, They bring different strengths to the creature: rigor in the case of dressmaker Lorenzo Caprile, originality in the designer Maria Escoté and passion in Alejandro Gomez Palomo, Signature soul Palomo Spain and millennial miracle of international significance '. Por cierto, you have to read his account and full review in El País because it is wonderful.

ME FLIPA see people sewing because I think a infravaloradísimo art for general public. I do not know or sew a button, Julio. #MaestrosDeLaCostura

Bet on the spread of and the world of moda I find always a SI (WITH CAPITAL LETTERS), but the program has had some successes and some mistakes that I would highlight.

Give value to the seam (and clearly explain their concepts).

As Diana Aller says – which she has been scriptwriter of the program – en his Blog World. «Sewing teachers has chosen the hard way: Show the entire creative process, the craftsmanship and the small work, pampered and artistic worth the seam. " Seam Maestros no mention of "designers", gateways, marketing or spotlights or celebrities, but good sewing a suit, of knowing how to work with fabrics and master one of the most interesting technical trades.

I felt great and very interesting bring concepts of office to mass audiences by explaining them overprinted on the screen or infographics to learn how it is done. Although the seam is one of the most classic trades, there is a great unknowns in terms of terminology and processes and thus helps them not only clear understanding, but also to get more interest in the process.

These are the steps you must follow our trainees to replicate coat Pertegaz in #MaestrosDeLaCostura pic.twitter.com/LZxsLI6rxP

Actors sewing and fashion scene, and for all!

The commitment to fashion as an industry and as "personas"It is magnificent in this project. Not just man lives trapitos, but to inform the public sector massive interesting people and let them speak first time I felt the great success of the night. It was brilliant learn more Pertegaz's niece, hypnotizing; know the passion of Eugenia Silva wearing an incredible DelPozo or Ana Locking defending butt clothing and fashion with something to say. 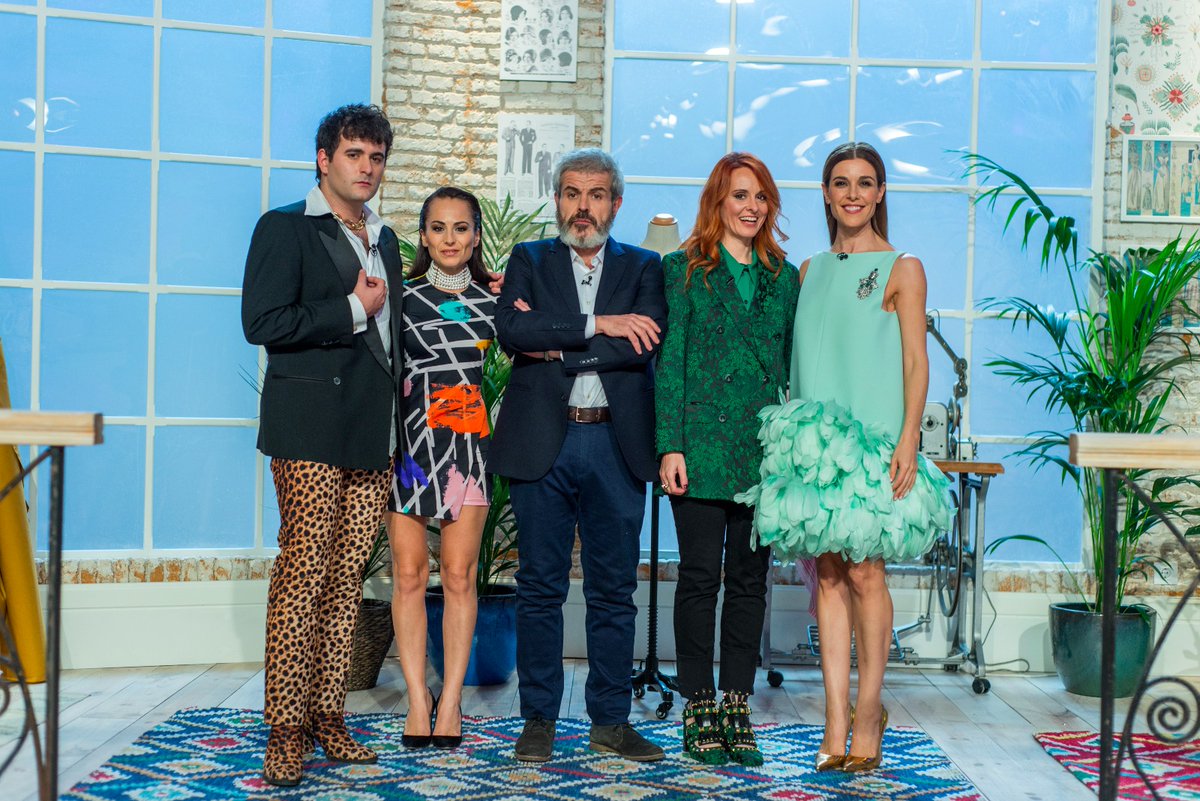 At about the Raquel Sanchez Silva they outfits joined. I predict great hostess stylistic moments in Masters of Sewing. It's not for less! And there were a couple of them in the first program with a tribute to David Delfín or take a walk a Pertegaz of 80, That also was left like a glove and was gorgeous! I think a hoot for team apparel program!

It was time for give Mary Escoté recognition (and visibility) it deserves. It has been a salutary lesson in the Spanish fashion. And he has dressed many of the coolest people getting the whole world to conquer your personality! Why a 'classic chain"TVE put the eye on her to inspire new dressmakers seems a wise move.

I think the same happens with Alejandro – I here, treating it as if it were my lifelong friend. Can I put some of her garments? Hardly! Do you consider it a great creator and worker? ¡Si! He does a splendid job and I love that Palomo has entered the game for this program. We will be able to learn more about the person and less character, And that's great! It will also propose a radically opposite view and open many minds Let sorely lacking in our country, starting even among the contestants casting himself! 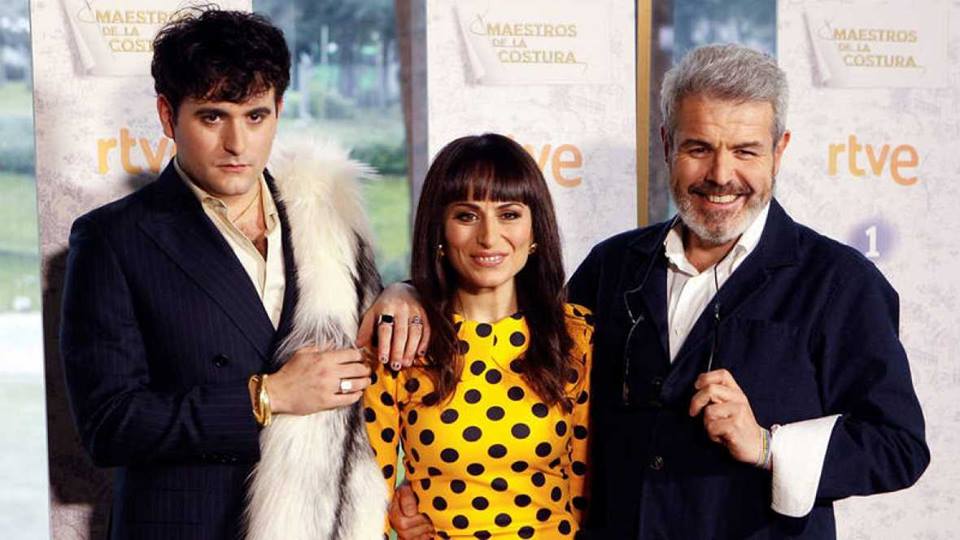 Thanks to it noticed what I consider a success collateral, you are the evaluations 'temperate'. We are tired of reality shows where there is always an evil, willing to destroy the contestant judge because yes. In this first program I have seen good balance between judges I hope so I continued. Although Caprile has taken the lead in a fun way and sometimes he climbed a little divo within him, It has achieved a very good balance on the jury.

As in kitchen, must not only evaluate the technique, but creativity is in the field of personal taste. Why hear phrases Palomo telling a contestant recently battered by Lorenzo: «I like it, congratulations"I was glad a little night. Because that's what the three figures there, to provide angles and different viewpoints. No discussion of a misplaced zipper, but limits the creativity of people who start in fashion, YES should have.

the casting: decaffeinated, with lactose and saccharin milk.

Is it true that between 10.000 candidates for competition these were the most interesting? Do more things had to show his couture? Do you have more desire to enter such a hard sector and committed as fashion? I do not know if it was nerves, editing or a real lack of charisma, but not only do you get empathize with them, but you fancy some directly give them a slap. I think that Lorenzo Caprile had to restrain himself on several occasions!

Except for Luisa, Working Pa y, women very different from each other but "real«, friendly and able to remain vigilant and take interest in their work; the rest of the casting or straight runs without TV hitch – like twins who contributed the most interesting two-hour program is using the same Whats App – or makes superhuman efforts to highlight proving very heavy – Eduardo, he believes he is willing to be the great-modern program Marica hope and all that manages to convey, besides Pelaz, It is arrogance, pasotismo and a lack of respect for peers and "judges" rather unappealing. 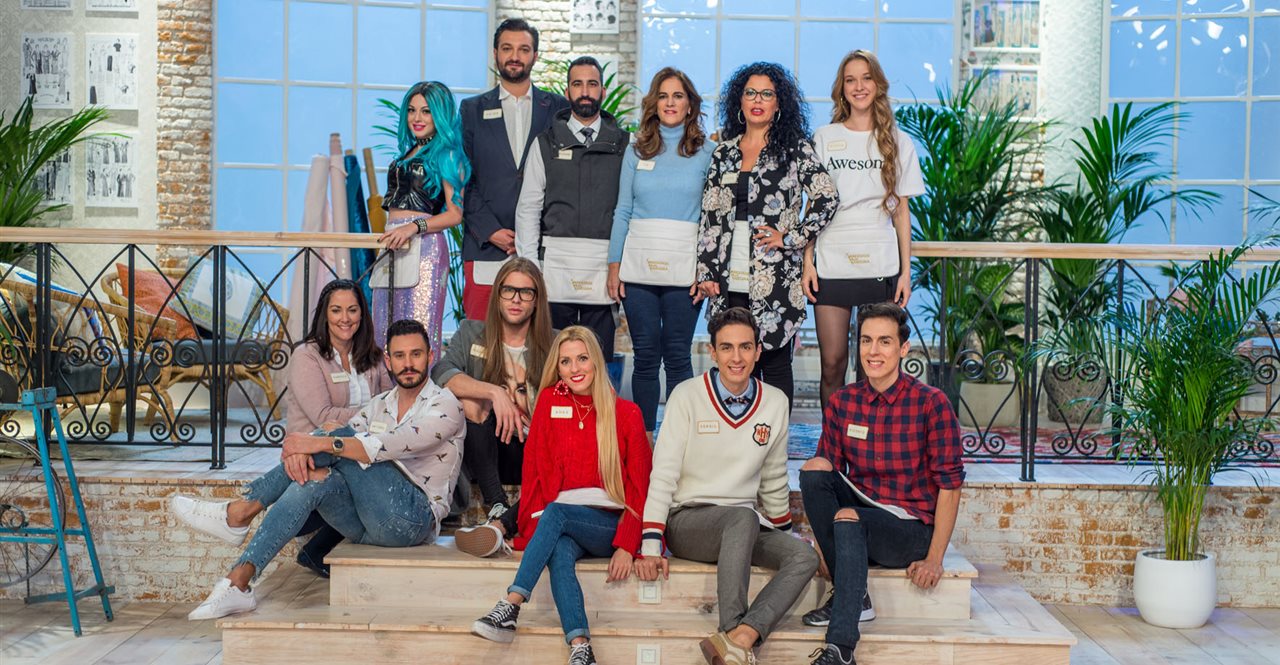 Sewing teachers or format without hint of surprise.

Calcar Masterchef clothes but I do not think a bad decision based. You know the mechanics and format, But you lack the element of surprise to highlight! You have a little black dress Basic And leave it as is on all occasions? The first thing you say is that you gave a twist. Teachers who Seam is not "the same as Masterchef but ropa». Why they have not taken regarding Project Runway or even Ru Paul Drag's Race to add some variations? Well mixed in the shaker could have increased the interest and dynamism of the program and especially having presented the same dress but eager to buy it again.

Por supuesto, this is only the first Masters program Seam and have to see how it evolves. They have already laid the foundations and now we just wait to see if the contestants quiet down a bit and are more confident and the judges found your site and how to communicate to establish an own identity in the way they communicate through the word (that goes beyond carrying defending for years on the catwalk).

I leave here some tweets that made me laugh while watching the program. For you know that today, TV is much more fun if you see stuck to twitter. (por cierto, I am there @GafasAmarillas, in case you want to follow)

Reimagining the gray sweatshirt, the most historic pledge of Spain. #MaestrosDeLaCostura pic.twitter.com/SIPSeI5nZW

Excess fabric will be donated to Desigual #MaestrosDeLaCostura