The cover of Prince William in Attitude is a small step for the Duke of Cambridge, but a big step to standardize and evaluate the LGBT community.

We are in a tumultuous days when irrational behavior are mixed, with totally unsympathetic philosophies and thoughts that do not help anything to a group that has just been heavily beaten. You know that this blog is not political, pero I can not help but raise my voice in protest the attack suffered Press (Orlando) con 50 deaths caused by homophobia and radicalism. From this prism glasses Yellow is essential to keep fighting, not only for the rights of Lesbian, Gays, Bisexual and Transgender, but by its absolute normalization.

Because we can not , and I repeat, CAN NOT, be any doubt that whatever its #LoveIsLove. 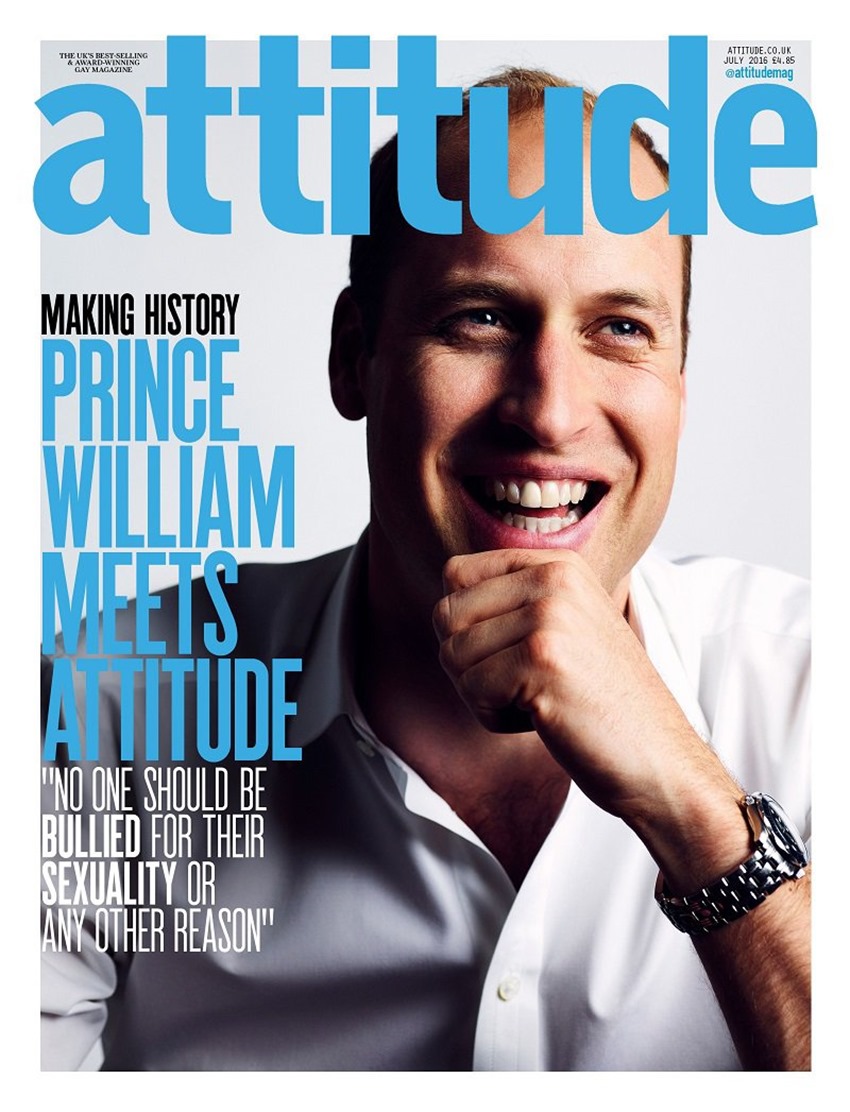 That is why I am happy this cover that has just been published (at a crucial moment and very necessary). It appears Prince William, successor to the throne of England, with a big smile. Untill there, everything is normal, but the detail is that the cover corresponds to the magazine Attitude, that is the quintessential British LGTB header. Thus the Monarch aims to support a group with which many people feel "tolerance" but not "respect". This magazine also talks about discrimination and homophobia putting on the table issues that often forget. And makes history, as it is the first member of royalty (worldwide) It makes public statements of such character.

This cover of Prince William in Attitude is completed with the meeting held with representatives LGTB. Here they have told their experiencias Harassment or discrimination so that the crown could understand a little better the hard way of life that many have to go. After this meeting the Duke of Cambridge declared: «Nadie debería ser discriminado por su sexualidad o por cualquier otra razón, y nadie debería tolerar el odio que estos jóvenes han soportado en sus vidas», which it has become the leading phrase of the cover. You can read how it was done. 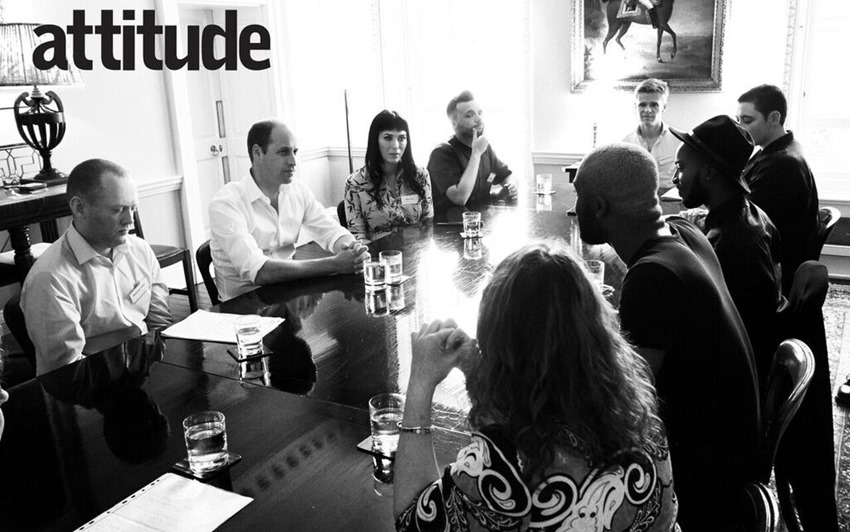 Y sobre todo, Prince William in Attitude struggle leading by example, against that silly hobby "If I go out with gays (or gay magazines), Will they think I am too? Will my image be damaged by this?”. William faces all this nonsense to blow sonrisaza showing that the British monarchy is increasingly inclusive and will gradually leaving behind all the smell of mothballs that many European monarchies off. If you have always said that the kings (and princes) within a parliamentary monarchy they have more representation by image, I am very pleased that we meet the LGBT community also represented, at least, with support, consideration, acceptance and respect.