¡Reading this post will take you 2 minutos! ¡To enjoy!

Checking through old files I found some pictures of Robert McGinnis and I thought that there is nothing more stylish than the drawings of this American genius.

It is known worldwide for draw classic poster of James Bon moviesd (and many other blockbusters like Breakfast with Diamonds and Barbarella) but here we want to go further and also show the infinity of drawings "without a name” que He made, especially women with style, decided , enigmatic, a dangerous and other times completely winding starred the covers of countless libros pocket-size… but in a much more artistic and subtle way than the current romantic novels with hunks and busty girls.
Now that it has become moda look back recovering 50, 60 y 70 it is impossible not to look at the proposals of Robert McGinnis as clear sample seventies look but providing these classical reminiscences of glamor through color, "Models", the costumes and scenery and of course, a genius trying nude.
Artworks in many cases adapted to the need to tell a story themselves and get to capture the user's attention to the novel. Here I attach a serie of his drawings, which to me the more I like, but I'm sure that by googling you will find many more.
A curiosity is that I found this blog entitledIllustrated OO7 where gathered drawings made with the theme of James Bond, where we can find many images referring to the British secret agent, entre ellas, many of Robert McGinnis. 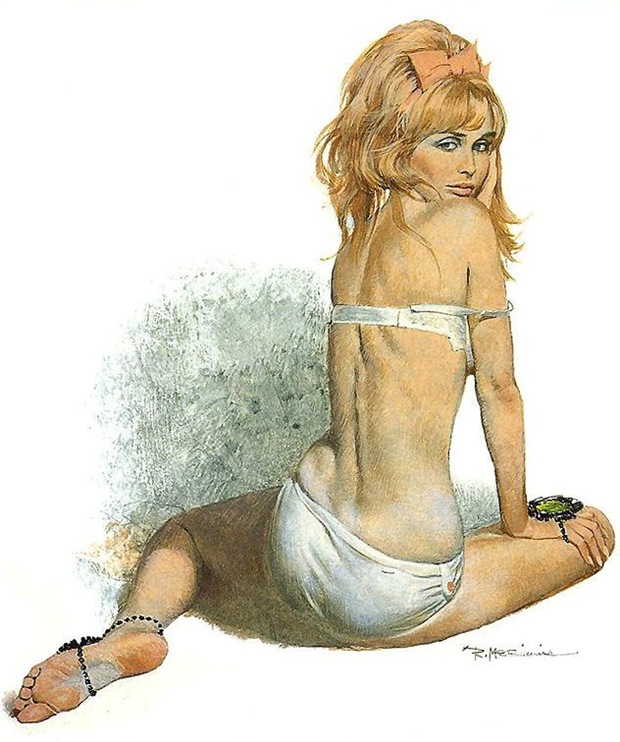 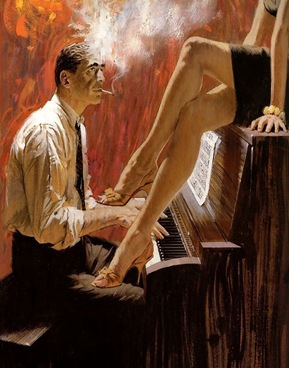 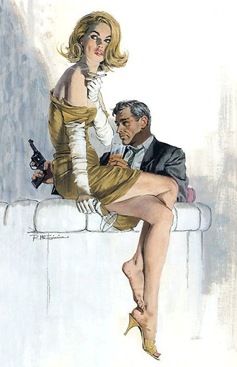 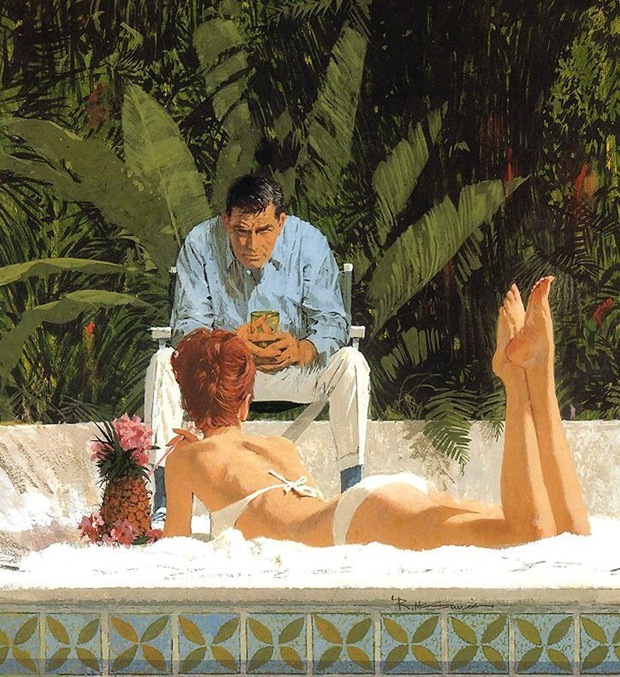 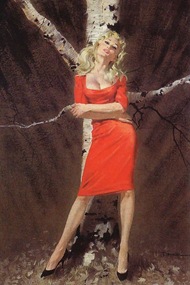 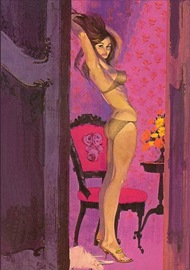 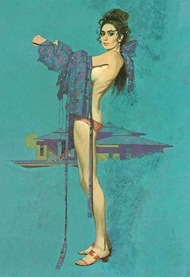 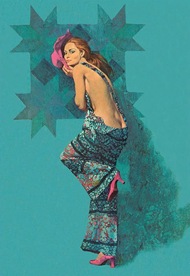 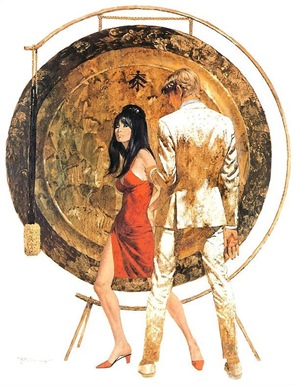 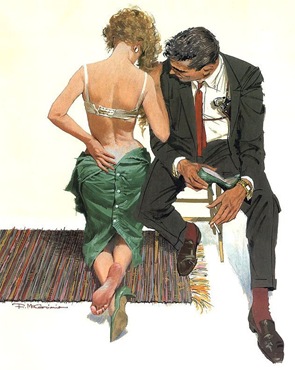 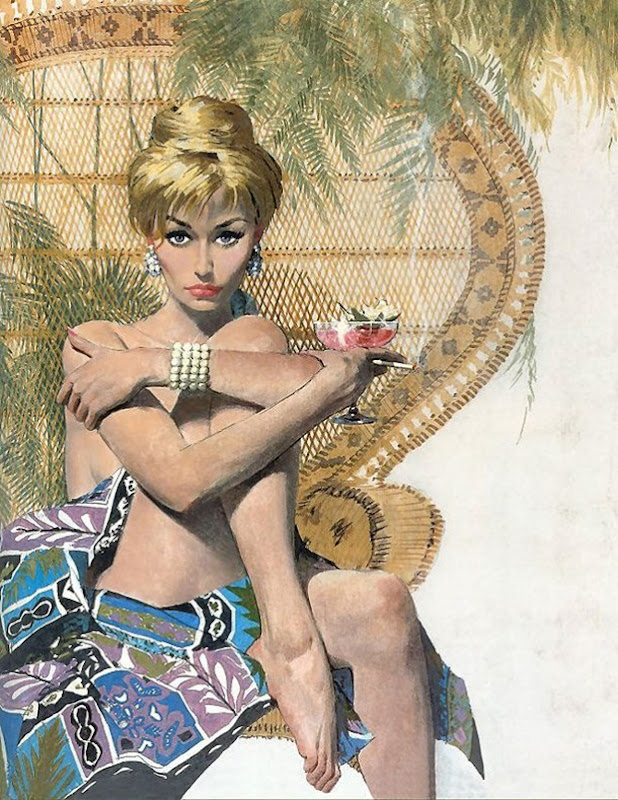 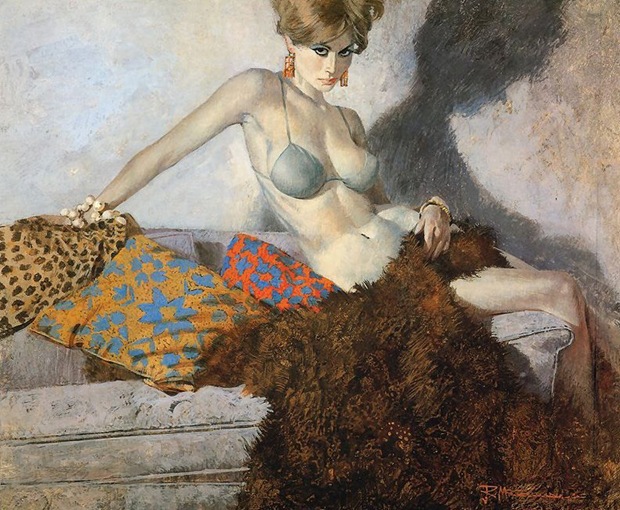 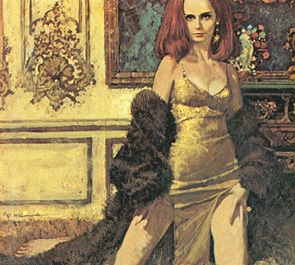 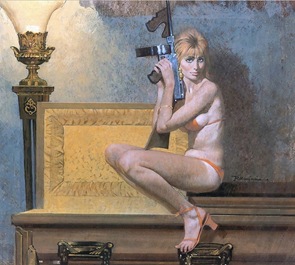 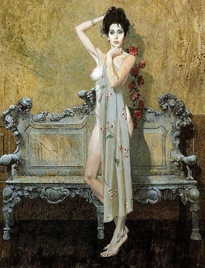 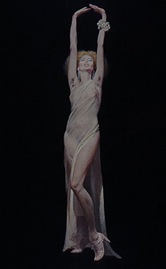 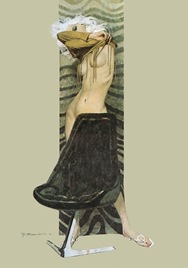 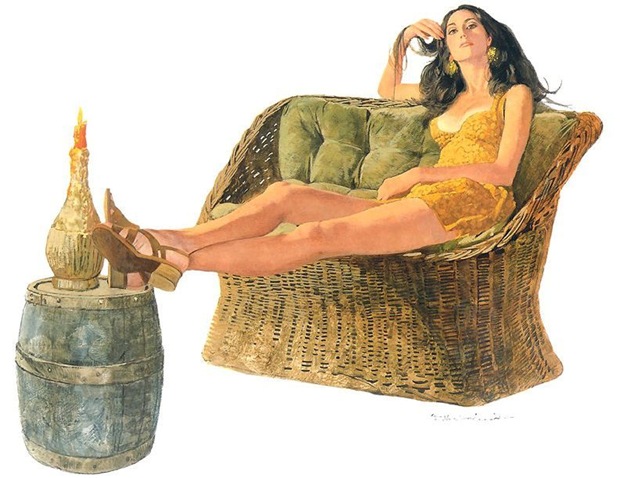 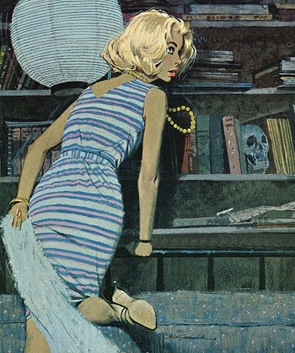 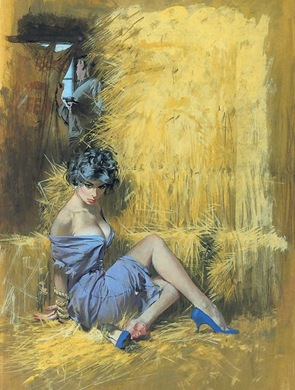 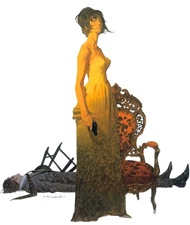 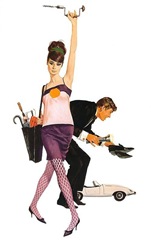 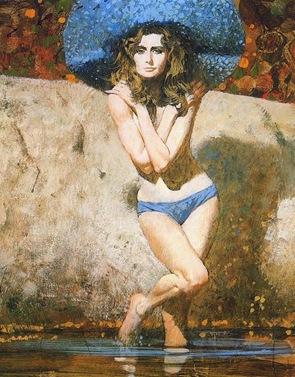 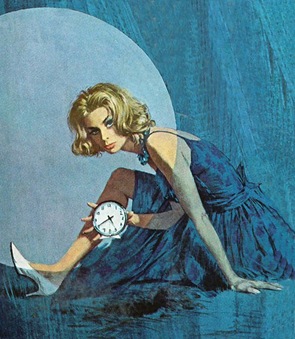 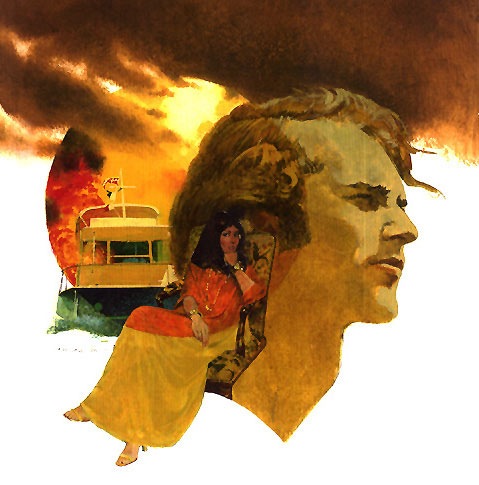