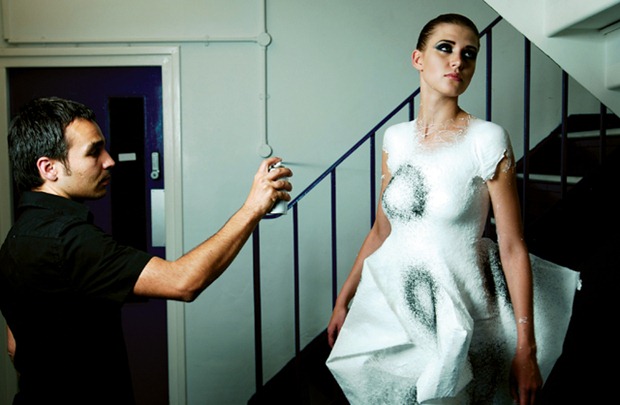 A story straight out of a futuristic movie, or a notice of such of "I come from the future to show you how to do laundry".

According to He reported the British newspaper Telegraph it is a spray from spraying on the skin becomes a garment, whose innovation is that it can be reused. There is a body-painting "any", sino que acquires texture and solid enough to set up a garment.

This spray is a liquid with specific fibers are mixed with polymers to hold them together, a solvent while keeping the product gets liquid in the can. This product has been created for Spanish, called Manel Torres, and Paul Luckham, both researchers at the Imperial College in London, They are seeking to revolutionize the concept of clothing. 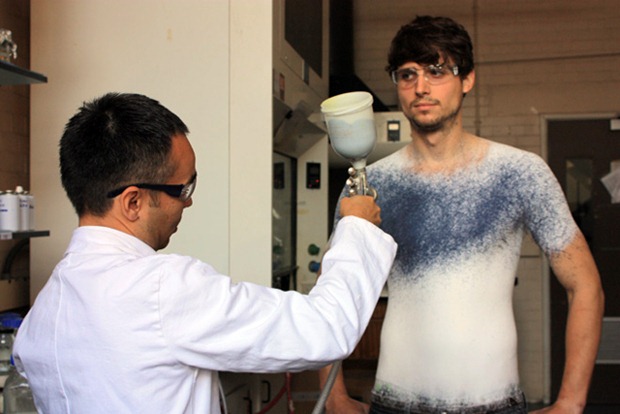 The product is called Manufactured LTD and is easily applied to the body creating this "movie" soft washable. La intención de este producto no es únicamente en el ámbito de la moda, but it is intended that in the future can also be used in crafts, as medical bandages and even upholstery, Torres says.

Además, It has the ability to be easily degradable and retrofittable, es decir, if after a while you do not like that garment, You can "dilute" with a product specifically designed for it and make it disappear.

It is now in production and testing, and its creators are working on how to reduce the smell of solvent having clothes once applied. Here I leave you with the video of the English newspaper which explains and see how this product is applied.

Sin duda, the future is already peppering us!