Musicón rings and steadily model wears the new collection on a catwalk but what happens with each garment before this triumphant exit? Here are some preliminary steps sleepless parade following garments

The media and blogs are filled with information on new collections that designers have shown these days in Madrid MBFW (Formerly known as the Pasarela Cibeles) or other of the many walkways that are happening throughout the world; but very few focus on the preprocessing each brand makes its garments so that everything runs like a charm once the model walks the runway and collides with thousands of flashes. I do not mean the organization, to the hairdresser or makeup, ni siquiera a las indicaciones que reciben (She is smiling with eyes), but the actual process with the garments themselves as such. 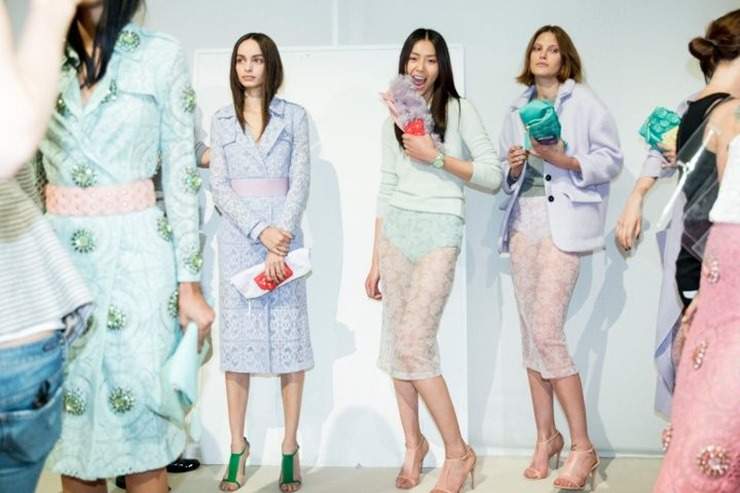 Between design – making the exit to the walkway there are preliminary steps that are always overshadowed by the force of his final shows. Here I show you the.

The designer creates a series of pieces based on his inspiration, but then to exit the parade many things have to happen and that everything combines to respond 100% to that inspiration. El styling es fundamental para ello. Learn to combine the pieces to get something surprising, find the concept of shoes or accessories - partner brands and look for them - even coordinate makeup and hair for the collection is a whole is what is called the work of styling. 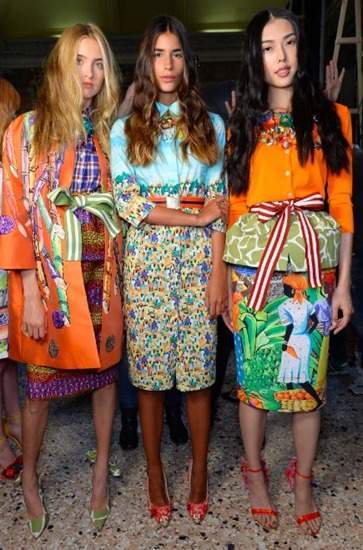 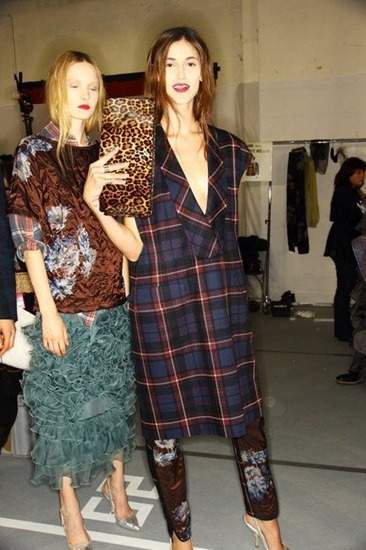 Sometimes the person can play a different designer, it brings - with his artistic vision - a supplement to the initial idea of ​​it. In this section, that is usually done before reaching the parade grounds of what you get is Butt enhance the essence of the collection. In very large and very power brands, You can even find so-called "art director" that selects all accompanying designs - from music to the tone of the catwalk. In smaller brands, as parading in MBFWM often the designers themselves and their closest team who take control. An example of great outfits may be found in international brand as DSquared2, even a white shirt and jeans can convey the essence of the collection completely. 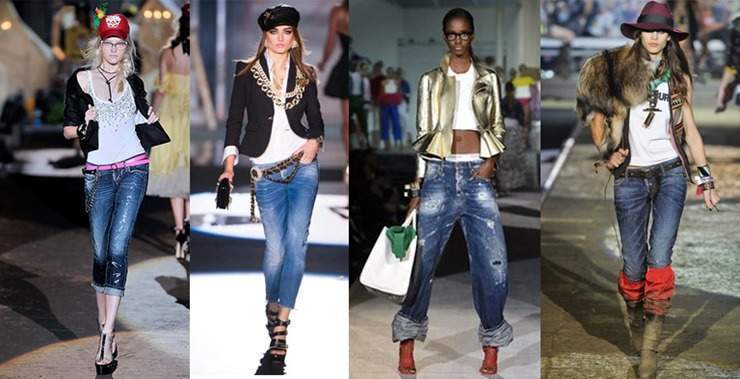 A few days before the parade selected models - down the runway or the designer - will going to the workroom of each designer to prove the complete looks that will draw on the catwalk. It's time see that everything fits perfectly. Notching, the long, the shape and movement must correspond to what the designer has in mind and that is why there are rare last minute tweaks. Backstage each designer brings his team to the final touches, Sewing low, mangas, etc.. And it's not the first time that even changes of clothing - at her commissioning! 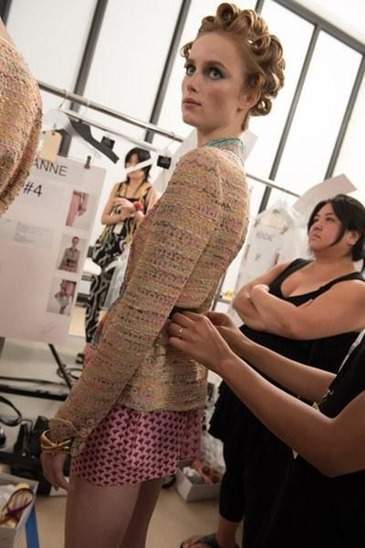 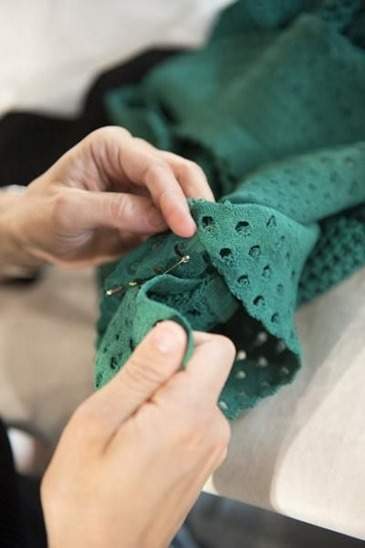 During my visits I have seen several MBFWM fitting designer and faces are priceless for better or for worse! When a dress works illusion is reflected in his face, but if the next piece does not fit, el bajón es importante y la preocupación más aún ya que hay que arreglarlo en tiempo record. I could this year visit Basson Montse Basmar before the presentation of his collection and learn about their hopes and doubts. 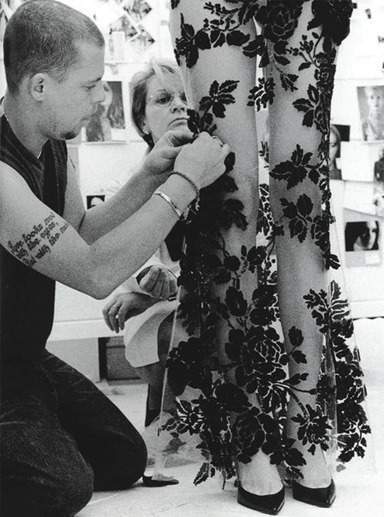 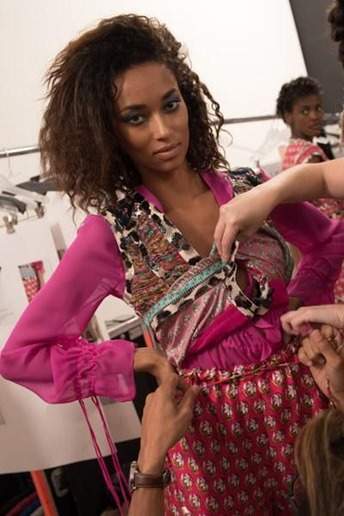 During the transfer of clothing where they designed and created to the site of the parade wrinkles occur and is therefore essential that if necessary there is a time of ironing clothes once and placed in the backstage and prepare to leave. Each designer usually take your plate or array elements depending on your needs or the fabric collection. Rowenta being carried ironing Official sponsor for several editions and is the perfect partner to give the "magic touch" to the clothes so they look clean during parades. 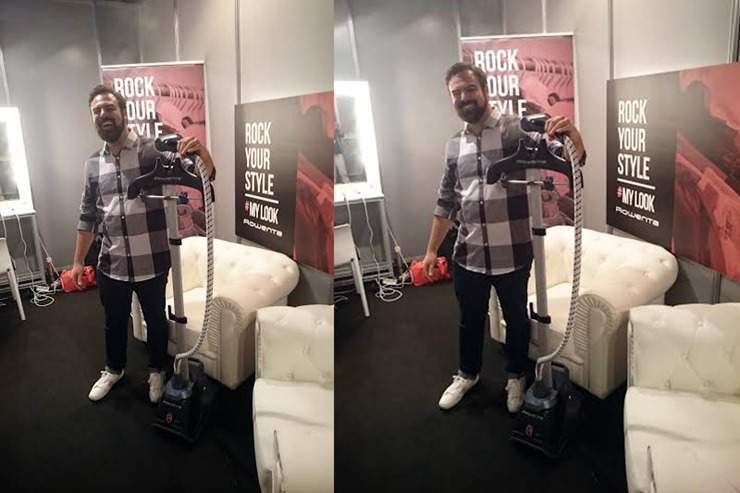 This year MBFW Madrid was the so-called Rowenta Lounge, which it is a multipurpose room that can be the last review of the garments, test products Rowenta Ironing. This space becomes a hub of communication of the brand with all their followers, desde donde se comparten experiencias, trends and tricks (You can see them in www.mylookrowenta.es). This year the brand has introduced its innovative center Steam Silence Extreme Ironing, ensuring perfect results thanks to its steam, and the maximum silence and a great energy saving function ECO. I could live check!

and sometimes, to wash

Such essential act in our daily life such as laundry, sometimes it is also essential sometimes in some parades. It may be for two reasons, because there has been a problem during transport or organizing the parade and they have been soiled, or because the designer decides that the garments are washed effect - such as the stone - or for concrete forms. Fue el ejemplo de Juan Duyos, que colaboró con la empresa AEG. En su colección para la Primavera-Verano de 2016 predominantly natural materials such as linen, georgette silk or cotton guipure, tejidos que fueron lavados en las lavadoras ÖKO de la firma AEG y secadas en las secadoras AbsoluteCare antes de salir a pasarela. Specifically entire collection, It comprises a total of 37 silhouettes, un 60% They have been washed previously. 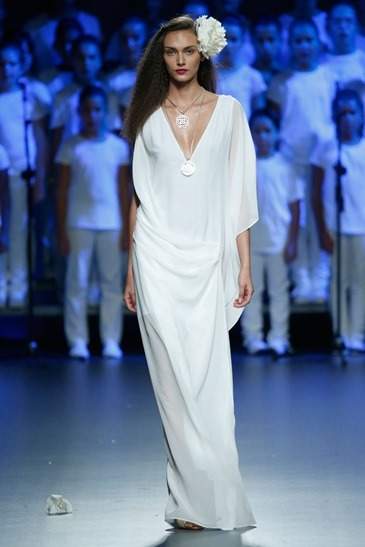 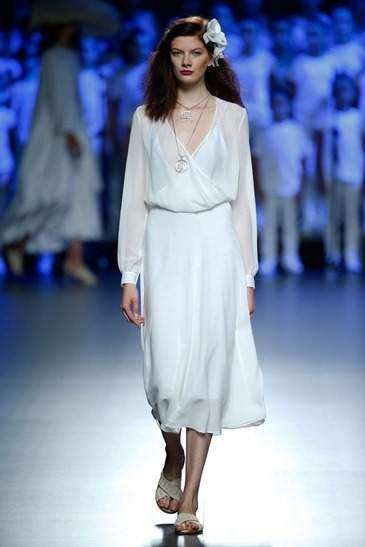 Once closed and all, and minutes before the parade, models come out and get ready for the catwalk after his first outing. The designer / a check every detail just before leaving on foot runway ... While there is little time for anything, Little touches like a shirt button undone more, the form of a belt or the position to be carrying the model and the garment feel better retouched at the last moment. 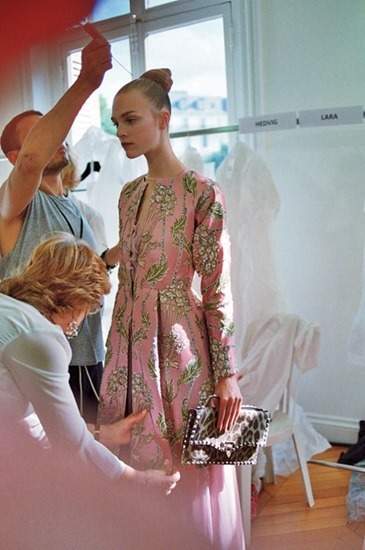 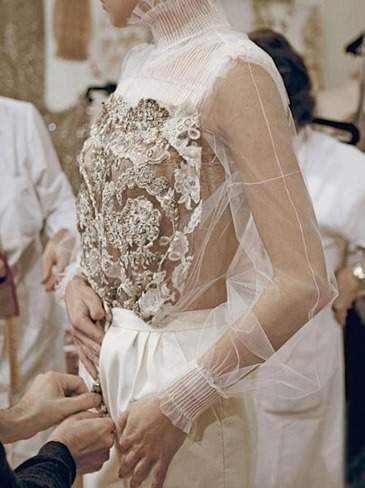 Y después de todos esos pasos previos desfile, cuando esa prenda pasa por la pasarela ofrece su mejor yo, after months of intense work from that listed in the designer's mind, It is your big moment; only seconds to seduce the eyes of the audience and the flashes of photographers stacked at the end of the runway. But it would be nothing without these preliminary steps Parade!