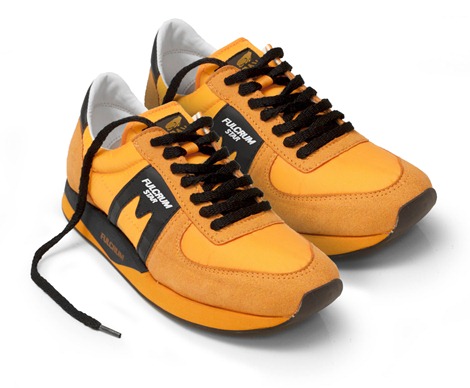 Bear, the legendary Finnish brand that became an icon in the early 70 y 80, returns this spring - summer 2013.

And it does so with very special editions for the more nostalgic, but also to conquer new generations with designs retro-running quality, true to its roots. Aparecida en 1916, Bear, which means bear in Greek, It has a long history in and out of the athletic. With them were many "Flying Finns" reaped a lot of medals in Olympics are numerous.

De hecho, the popularity and recognition in terms Karhu experience technique as the world's leading manufacturer of athletic shoes positioned him back in the 50. It was at this time that they sold their registered trademark 3 stripes at a known company that currently carries products. The price?, two bottles of wiskhy and around 1600 Euros. It was then officially registered his famous symbol M, sign of the creators of the firm, the brothers Mäntylä.

Continuing its tradition of innovation in search of efficiency, Karhu developed in 1976 the first damping system, patented air chambers known as 'Air Cushion', which later they would leave because they felt that running is movement, moving forward, no up or down ... That premise was that resulted in his FULCRUM famous and award-winning technology, which it makes it easily fits the foot to harness their energy and get a boost forward more efficiently.