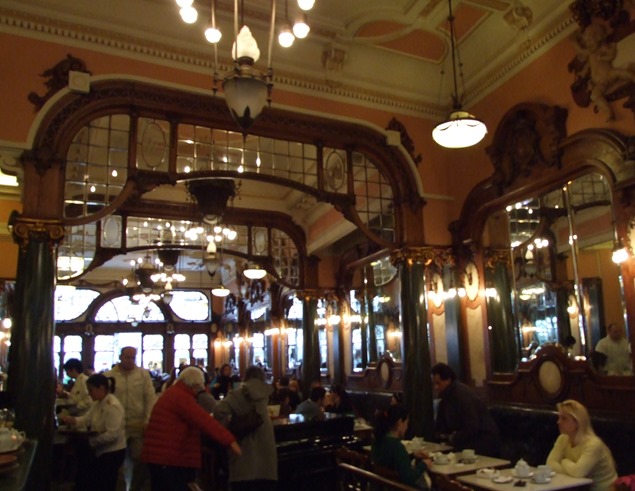 There was a time when time was not measured with anxiety timers; the church bells marked the rhythm of cities, sunlight imposed order of the day and seasons succeeded with parsimony. The newspaper was not seen by leafing through past the headlines but read and reread, because sometimes, news took so long to get to any declaration of war met in provinces where peace was already signed. The evenings were shared around the pedestal and the steaming and aromatic cups of coffee does not gulped a sip but paladeaban with the peace that comes from knowing that the hours pass slowly.

A mid-seventeenth, He born in Oxford in the habit of drinking coffee, el Arab wine, in public places. But the conquest of India and moda Tea was spread to England the world of cafes like Channel isolates the continent. En 1683, after the battle of Kahlenberg who broke the second siege of Vienna, Ottoman troops left in their flight bags five hundred only interested to Franz Kolschitzky, a Polish girl who had lived in Turkey. With them opened The Blue Bottle Vienna and became the Mecca of coffee was served only, Milk - the typical melange – the con crema hit – delicious chaise o Viennese coffee. It was said, Acronym making his name, it must be warm, bitter, strong and thick y Talleyrand I preferred black as the devil, hot as hell, sweet as love and pure as an angel. 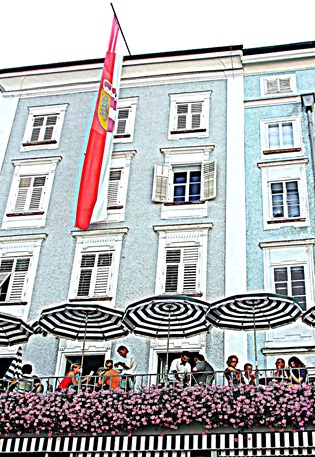 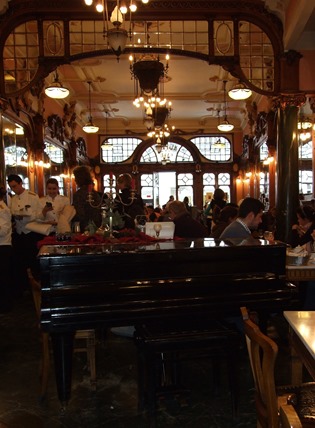 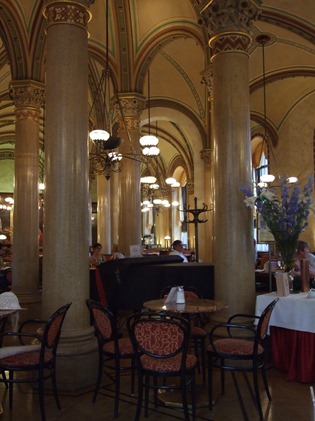 A mid-eighteenth, cafes and gatherings are scenarios, romances or duels and have since witnessed conspiracies, riots and large and small businesses. Contemporary aesthetic and cultural movements are not understood without pacing old, decadent and classic coffees that were born. Without them, the politics and history of the last two centuries have been very different.

Stefan Zweig who met with his friends writers Jung-Wien, the first Griensteidl and then the Central, where Freud He is playing chess, he wrote that Fortunately, Vienna awaits one at each corner coffee. And in all there was a sullen loner and several animated gatherings. Perhaps that is why many still survive – Manure, Mozart, Griensteidl, Central o Sacher - In which the notes are still alive old waltzes Strauss and the scent of a romantic empire, as he wrote Joseph Roth, He was buried forever en la Capuchin Crypt.

If the tercentenary Tomaselli Salzburg boasts exquisite strudel So as to have had the Mozart among its clientele, without the bohemian Cafe Gijon Madrid would not exist Jardiel Poncela and not appreciated equal to Person if you have not visited the people of Lisbon The Brazilian o Martinho da Arcada. And without leaving Portugal, Today it seems impossible that a century ago, Porto cosmopolitan society scandal qualify for elegant Majestic allowing entry pioneered by women alone.

In Paris, el Café de la Paix shares space, history and architect Opera. In its halls, designed by Garnier, Verdi was cheered after his successful Parisian premieres decades later also held divine Callas. More intellectual is the Café de Flore which opens a passage to the old church of Saint Germain in the heart of the Latin Quarter. Allí, Camus, Sartre y Simone de Beauvoir They are arguing heatedly about the divine and human at the same time laying the foundations of Existentialism. 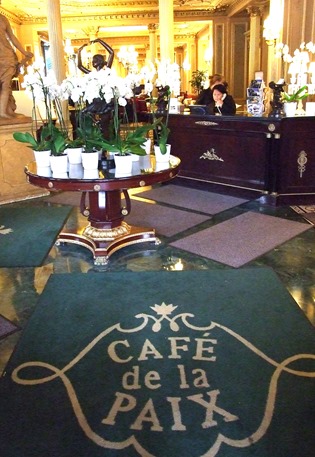 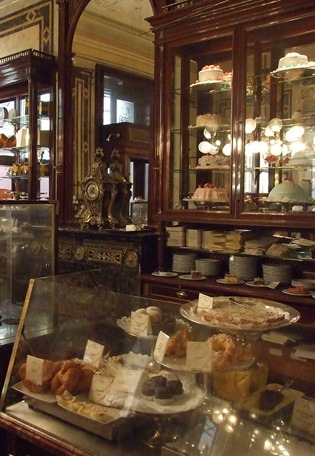 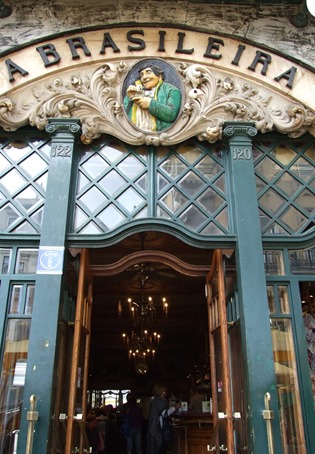 Nor he escapes his charm policy. The workers gathered in small cafes to enjoy a bit of rest and also to complain, planning riots and light the fuse of revolution. Bourgeois and intellectuals preferred to those in which a pianist enlivened conversations and powerful were seen in the luxurious halls of the trendier establishments.

En 1689, an Italian merchant opened in Paris the oldest still active coffee, Le Procope. Soon it became a haven for intellectuals and sat at one of their tables, Diderot y d'Alembert conceived Encyclopaedia. They passed by him Voltaire, Rousseau and maybe more of an afternoon crossing Franklin and Dr. Guillotin. It was the place where they conspired Danton o Marat and there was exhibited for the first time the Phrygian cap, symbol of the Revolution.

At the gatherings was felt, he pontificated or challenged to a duel. And in policy, sobre todo, he conspired. And he said Cardinal Richelieu que often the fate of a nation is decided on a cup of coffee. Asked the Austrian Prime Minister, Clam-Martinic, about a possible revolution in Russia answered: And who is supposed to make? Did Mr. Bronstein from the Central Café? The such Bronstein era Trotsky, I exile in Vienna spent evenings dreaming of the fall of the Tsars and playing chess.

But that time passed. The golden age of coffee ended after World War II and today the rush flooded cafeterias. How different is the fun image The gathering Pombo Coffee, on which Gutiérrez Solana portrays the eccentric Gomez de la Serna Hard loneliness Hopper plasma in the dark Nightlife.

Venues and dissemination of new ideas, They cradled them have political and cultural movements. The coffee was and may still be, Now Modern, intimate space rendezvous and bustling meeting, of sought solitude and meditation, of gathering and freedom. You could draw a map of the cafes and literature would have an atlas, Music, Art and politics. Quizás, generous handful of old cafes still surviving, where are the reliquary remains intact the humanistic spirit of old Europe.

Twink with bootsParisPortugalSalzburgVienna
by Yellow Glasses
Leave a comment