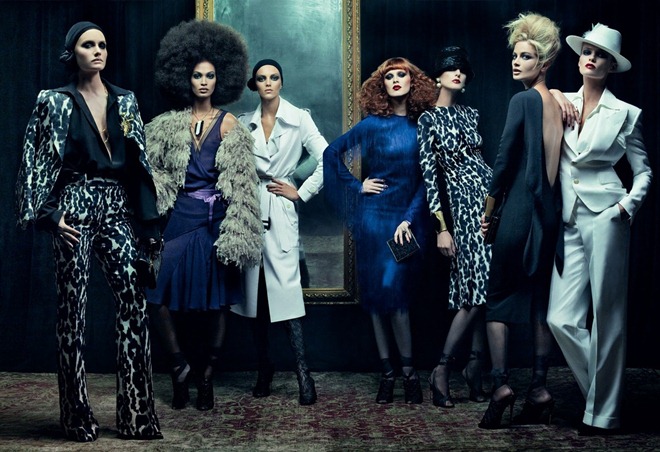 Archi-tory: Studio 54 It was in the late 70 the great temple of modernity of New York and the world at that time. 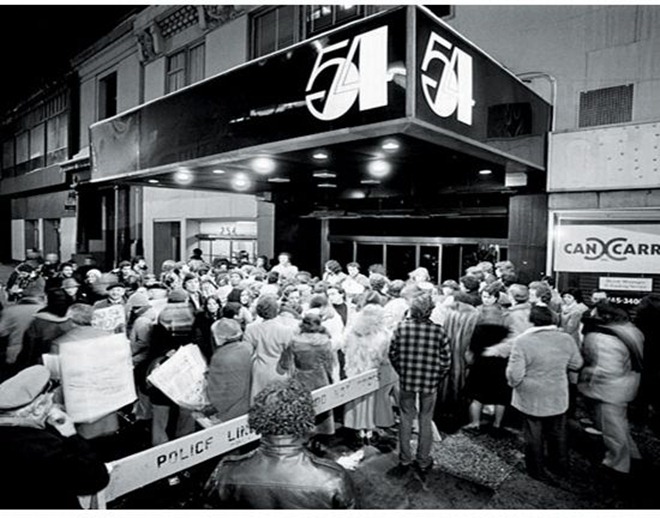 Entrance to the legendary Studio 54. More people gathered outside than it was inside

In the era of disco, their parties were the most famous. So many legends surrounding the legendary nightclub you can hardly hear one without the classic "it says, there are "preceding it. Despite their golden years were few, the stories that remain of it are many. Truman Capote and swans, Andy Warhol, Bianca Jagger, Diane Von Furstenberg, Paloma Picasso, Dalí, Yves Saint Laurent... Were the usual of his parties. Studio 54, excess and perversion were the same. Drugs, alcohol, sex and disco. Grace Jones sang there for the first time his version of La vie en rose. A paradise ... 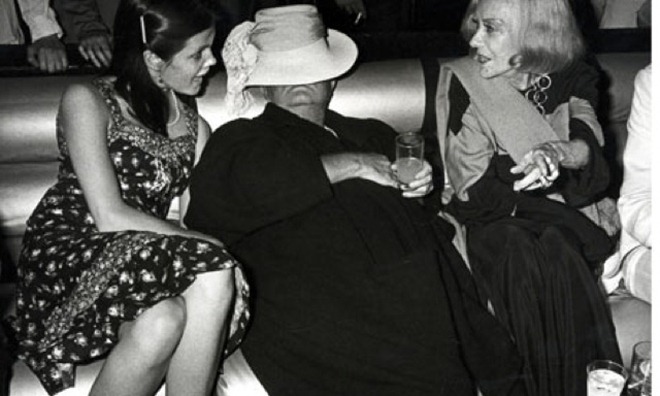 Steve Rubell and Ian Schrager were responsible for opening this wonderful modern Sodom and Gomorrah in the center of New York. Rubell, a sybarite of Excess, I knew what I had to offer its customers and what he wanted in his club. Given the avalanche of public eager to enter the club, and the first night, Rubell stood at the door of the club and began to choose who deserves and who does not, crossing the famous curtain that opened into a continuous party. No matter who you were, no matter the money you had. Only mattered to like Rubell. Warren Beaty and Frank Sinatra were some of the characters who were unable to enter the opening party. Cher is said to have been crying because Rubell refused entry while she repeated, but why, if I am Cher. However, a bus driver who was rejected at the door by which his shirt was not like Rubell, He managed to cross into when to take it off, Rubell was fascinated by his body of modern Apollo. And it was very clear that they wanted their customers Vips. Fun and sex without limits and without censorship. Young people eager to move up in society at the time and he did not care to give away sex pleasures of riches whimsical. 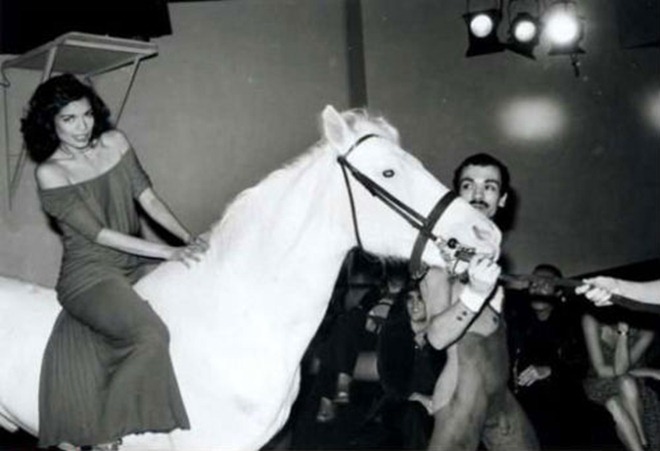 Bianca Jagger on his birthday coming on a white horse led by nude dancers.

A statue of a man on the moon with an inhaler cocaine was the first thing that managed to enter were those Studio 54. Man in the moon with a cocaine spoon. A revelation of what awaited you inside. In the raid that took place at the club after closing party It is the fact that cocaine appeared covering the walls. It was the time of drugs. Experimentation. The time before AIDS, where there was no fear of letting go into real bacchanalia where modern Caligula exercised Rubell. The main floor was the dance where everyone mingled with all. Someone who was and who aspired to be. That was the secret of success. Forget the labels. No matter the race, sexual orientation, the money, social class. Lived there all they delivered to the music. In the basement the most exclusive parties. The celebrities like Mick Jagger or Yves Saint Laurent. This space reserved. On the fourth day of the opening of the nightclub, Rubell bought a white horse birthday party for Bianca Jagger, who joined the club on the back of the animal. Although the legend is that after paced dance track climb on the horse and with their breasts exposed as a Lady Godiva seduced by night. 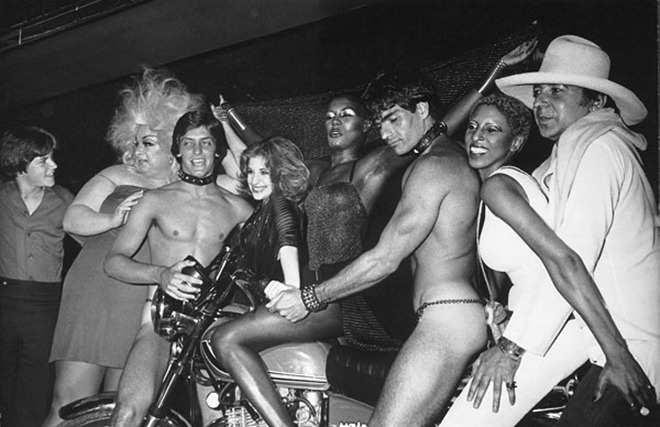 Grace Jones during one of their performances.

But the party ended. Rubell's statements and his partner saying that only the business of the mafia made more money than his club were the trigger for the club is to investigate everything that moved around. Finally, both partners were tried for embezzlement and sentenced to jail. It was the end of Studio 54. Although they tried to re-launch and nothing was the same. Today we are pictures, many wonderful pictures of the characters from that era. Unrepeatable characters. That, y aesthetics Tom Ford continues to reflect in each of their collections, because the, He also, He succumbed to the spirit of excess and Studio Party 54.