The Costume Museum had always caused me mixed feelings. Enthusiasm and laziness… 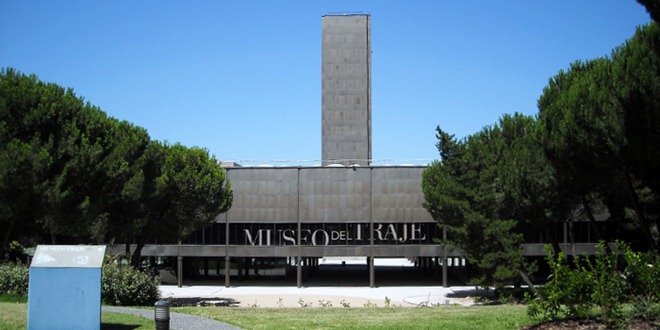 Love for the content, the continent and the intrinsic value of the idea, and some "hatred" for not being able to detach from laziness to go and see… you know I live in Granada and I'm not, just a step enclosure. But holy hell I spent a year studying in Madrid, between bells and whistles, I did not have the decency to reserve an afternoon to see him expressly.

Even being there, in the few breaks, I had the lead going to see the collection, excusing it in the brief pause not give me time to see it in detail. I was right and some other, a la vez, It depended on what I imagined to find in. Rooms and rooms and rooms and rooms full of hypnotic particularly sensational dresses and they would not let me escape so easily. 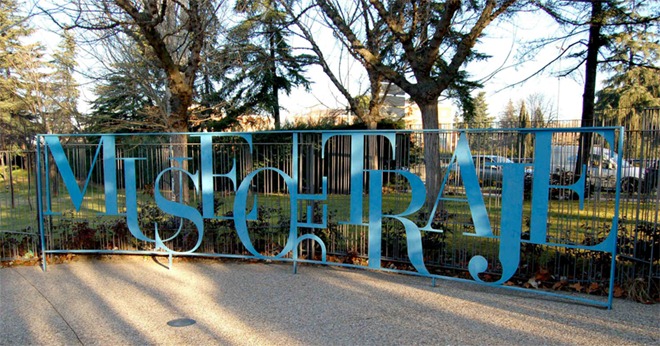 Thanks to Master Fashion, Communication and Management organized this year ESCO, the last week of February all students come to this emblematic space for a lecture on the inspiring and inspired Blanca Zurita, but this experience requires another chapter.

We were greeted by one of the people who most interesting and kind of the fashion world in the global world discovered, Helena Lopez de Hierro, museum director. A mature woman, realistic, good communicator and above all passionate about her work and fashion as a cultural and artistic concept. The latter details are critical because many times we forget between this transfer of rags.

We had a very pleasant journey, historic first and then physical, by the museum itself. In a certain way, rapid and concrete showed us the most relevant walk each time turning into a luxury private visit.

Perfection is boring and monotonous, así que, as life itself, the Museum of Costume in Madrid has its pros and cons, which it makes it much more interesting. And much more to explore. Here I list my noes and yeses based on that visit

NO. The fundamental importance of light

When we entered the wooden maze kinky I felt a feeling that could be described as "Plato's cave fashion”; where there are shadows of what was on the street or are considering them but do not finish quite real Or what Plato said it was just the opposite? The same gives me the philosopher, but I can only remember the misty feeling among inert tissue surrounded by darkness.

I understand, and understandably, the need for conservation glimmer of materials and garments, but it does a disservice to its full and complete display. Designs designed to shine daylight or under the lights of a party are great but pretty lackluster preserved, never better said.

This point is very close to… 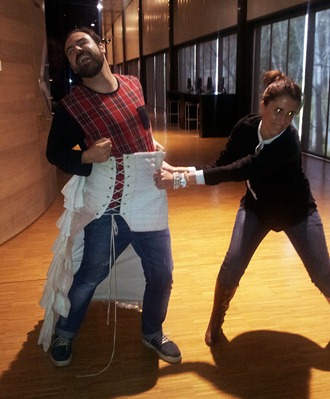 NO. Beautiful and blinded windows

One of the things that surprised me is the confrontation between the building itself and housing. The headquarters was set up as specialized in contemporary art museum and later, when it was decided that it would be garments and fabrics exposed, an inner intervention was made to suit the needs exhibition. Me dio pena, very sad.

A clear not to "miss" the great architectural work of Jaime Lopez and Angel Diaz Dominguez Asiain, who was National Architecture Prize in 1969. Big, grandísimos windows showing the beautiful gardens of the museum are completely covered.

I could not resist, you know me, and I ended up asking the Helena own what he thought the matter. I openly said it was a shame but it had been and was the only viable and capable of carrying out the project so, both exhibit the collection of garments to keep running as the building itself.

This very well resolved internally, but I, as good Andalusian, It has done much less a good sunbeam shining across the museum and colliding with silk.

NO. We are far, far away

To say nothing of Costume Museum becomes a showroom where we all like any Pedros by our "Lovers passengers", but I believe both the glass as remoteness extremely difficult viewing and appreciation dresses in depth.

Come to mind, It is the museum collection so extensive and guess with different value and importance rankings, Why not some clothes to see them up close without glass are selected through? The art, always with respect, It should be visible close. Just surround the silhouettes we would with a song in the teeth! Only surround them, ojo, no play – of advice: never touch anything from a museum unless it is the Science Park and force you to it.

I kept wanting to see thousand real close sequined embroidery years 20 o 30, or any of those brocades of sixteenth century. Y no, not worth me that there is "similar fabric" in education because what I want is to see him on the garment and the time.

If you can do in this funny end inverted gateway, where you can "stick his nose" at Paco or Custo, sure they can adapt to other times. It is not a matter of whim, it is a matter of details. 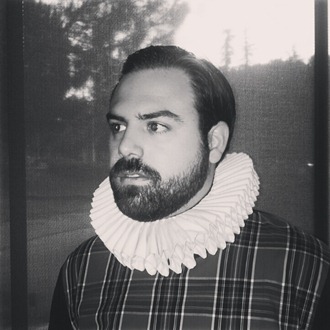 AND. Vision and mission for all those fashionistas future

During the visit we met with a class of children about five years. I have sat with them to enjoy a tour that seemed entertaining and fun. Enforcing fashion and clothing from such a young age is a great idea.

Great fostering, as it should be, that fundamental educational role in any museum not have a loaded bloggers / os future full of arrogance and nothing to say. The tree must be put firm almost since semillita.

AND. Rotating funds and interesting exhibits

Hoot in his favor. To know the excesses of Versace, stay a few months after a breast pump stunned face of the nineteenth century and now continue with the mills freaking "impossible" design is a real treat. Temporary exhibitions give life and value to the center.

AND. Interaction, fun and firsthand knowledge

As we were special visit we were fortunate to have access to educational area where they left, literally, playing with fabrics, trusses, shims, etc. I pulled the Manuel III in me to ruff or emulate Miss Scarlet - please voice movie – with corset.

One thing I always testify in museums is more interaction, por favor! With the works can not fool around but there are many ways to make things interesting, instructive and are within the program. Un 10 for this very interesting museum area.