A sector in which women are (and should be) the main attraction. Fashion and feminism go (And should thus be!) Hand.

Moda and feminism have gone hand in hand since the nineteenth century. At that time the movement did not even have a name and was only express rebellion of women who did not feel satisfied with a life in which everything is made to measure men. Fashion has accompanied this social transformation contributing, within its field, to liberate women in either direction. So I want to highlight a few moments and icons of fashion and feminism contributed their bit in women's empowerment.

Of the corset to the "liberation" of Poiret and Chanel.

Probably one of the most cruel garments that have existed ever, corset, tax to accentuate the prevailing silhouette in the eighteenth century drew to cause fainting among women of the time unable to breathe normally. The garment was so engaged in the day that some ladies, figure which had been altered by the use of increasingly tight loops, They boasted that her wasp waist was not the result of prolonged torture, but a divine gift that had been blessed at birth. A clear sign of how society with its subtle may create alienation in the concept of women. How long it would last this ordeal? 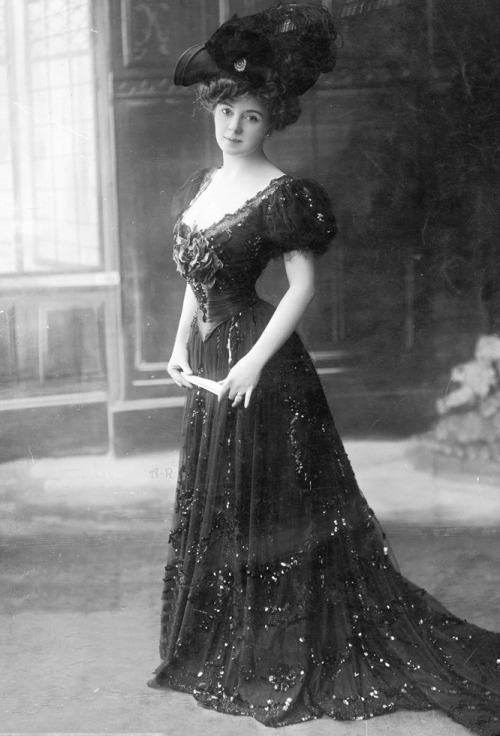 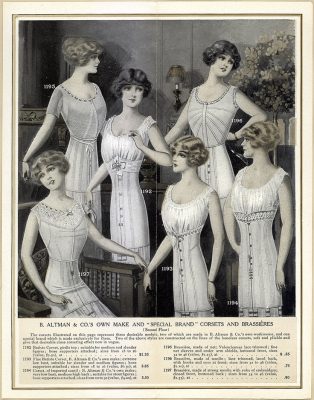 Paul Poiret was a Parisian couturier early last century that freed women from the ordeal supposed corset. His figure often overshadowed by Gabrielle "Coco" Chanel, who it is usually attributed this achievement although he had as regards Poiret. But certainly not only sentenced Coco Chanel corset but her contributions to women's fashion went far beyond. It released the women's movement! 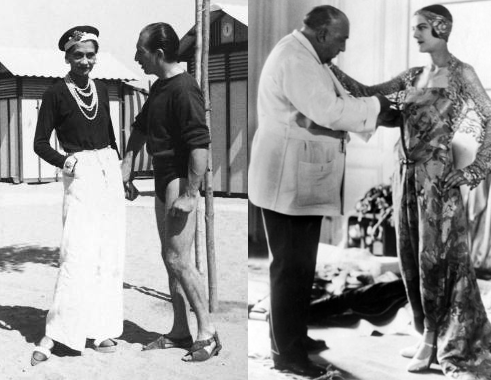 Perhaps out of all their progress using more comfortable and adapted to new social needs and the commitment tissues dresses two piece, nonexistent so far, which they afforded full mobility and comfort to women who wore. Coco Chanel established an important precedent showing that fashion and feminism – but she was a feminist to know – They were not mutually exclusive positions. The fashion could fight, for the party touched him, in women's liberation! Models in vogue did not have to objectify women. 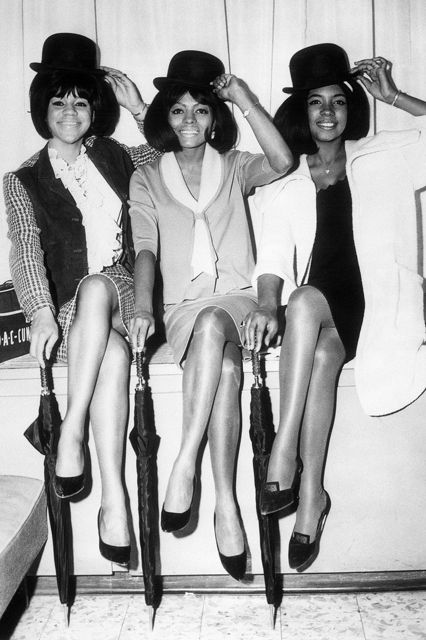 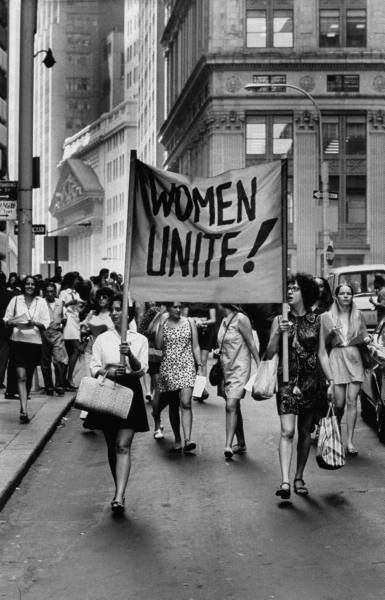 It's time to wear pants!

It's been over two hundred years since the pants ceased to be an exclusively male garment and this long interval history have been important milestones of feminism portrayed in fashion. «In the late nineteenth century, women began to wear pants for industrial work. During world war II, women wore pants when her husband came to her job«. The first to wear pants were the suffragettes Elizabeth Smith Miller and George Sand. It was not until the 60 when Andre Courreges proposed long trousers for women as fashion object, (there would begin the era of the pantsuit) and it began to remove bans – because if, sometimes it was forbidden to wear pants – in schools, work or even restaurants. Highly recommended this article that tells the story of how a woman was arrested for wearing pants y este book that chronicles the struggle of women for wearing trousers. 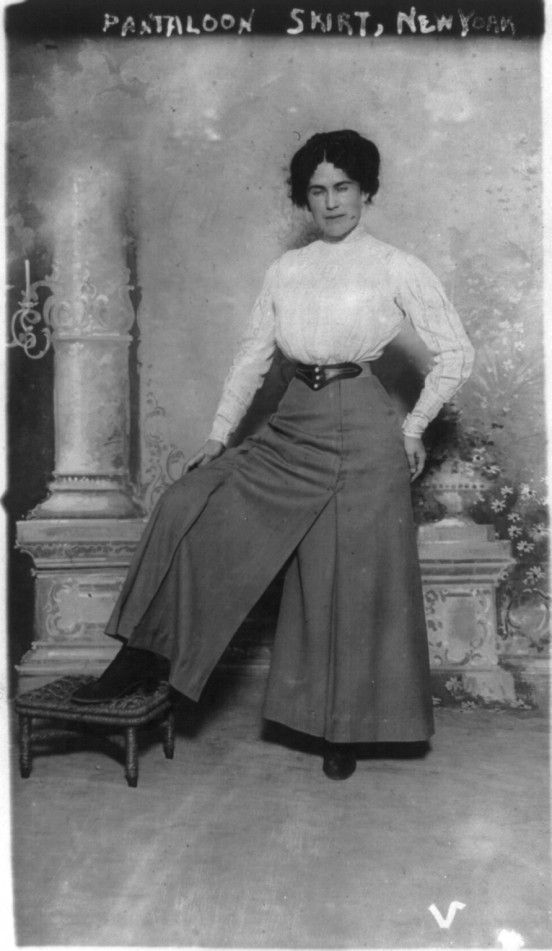 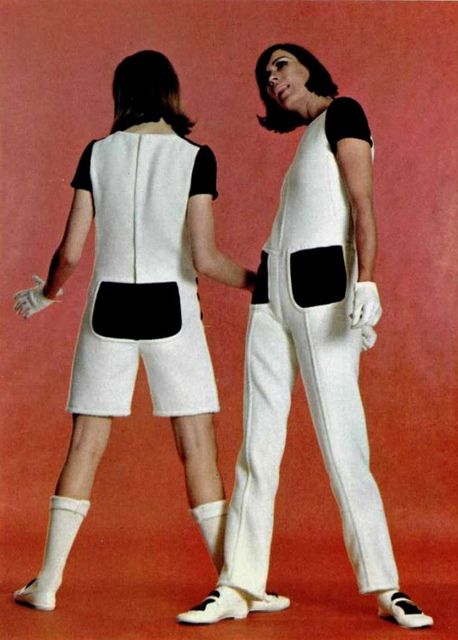 female inspiration to create and communicate…

Thanks to the daring of the French designer emerged other prominent names in the industry. Reborn a feminist proposal in fashion 50. Although all thinking of those years we think of the iconic Pin-up by placing a freshly made cake on the windowsill, we can not forget that en this moment was brewing precise wave of feminism second exponent whose graph can be found in "Rosie, the Riveter "of Naomi Parker Fraley.

Over in the time it would take Claire McCardell, called "American fashion mother«. While recuperating Dior outfits once as the shoulders and big skirts with their 'New look', McCardell advocated soft fabrics and elastic bands, While they are extolling the feminine silhouette, in no case they went against the body of the carrier. 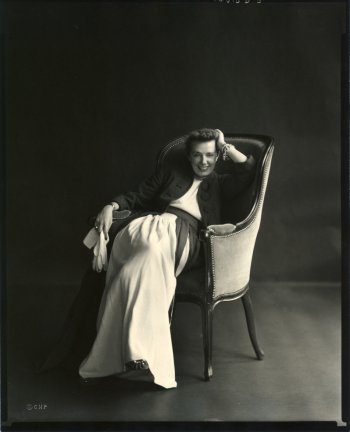 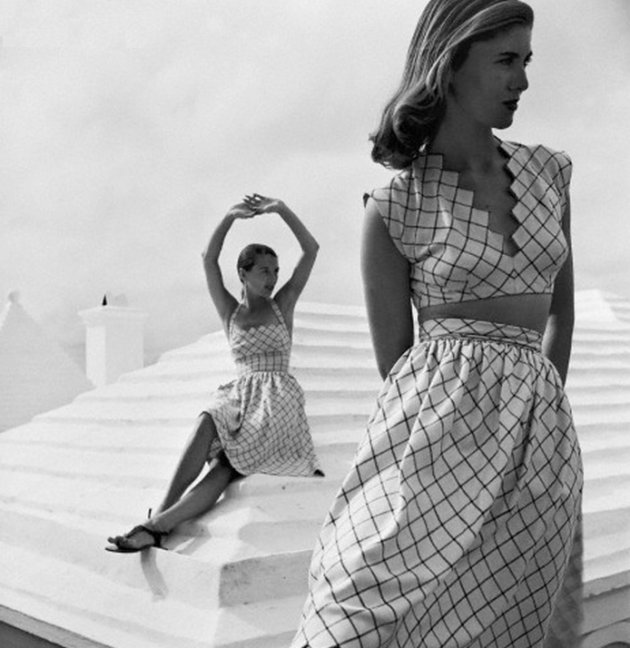 His pragmatic perspective superimposed his skills couture caused a furor among women of the decade, inspiration that comes up now and in the schools studied design and making decisions about making McCardell. Italian Elsa Schiaparelli is one of the designers discussed, With

All without entering the world of modeling. A branch not only brutal business – sales by getting products to defend – but they can inspire their actions, actions or decisions to defend and redefine the industry. 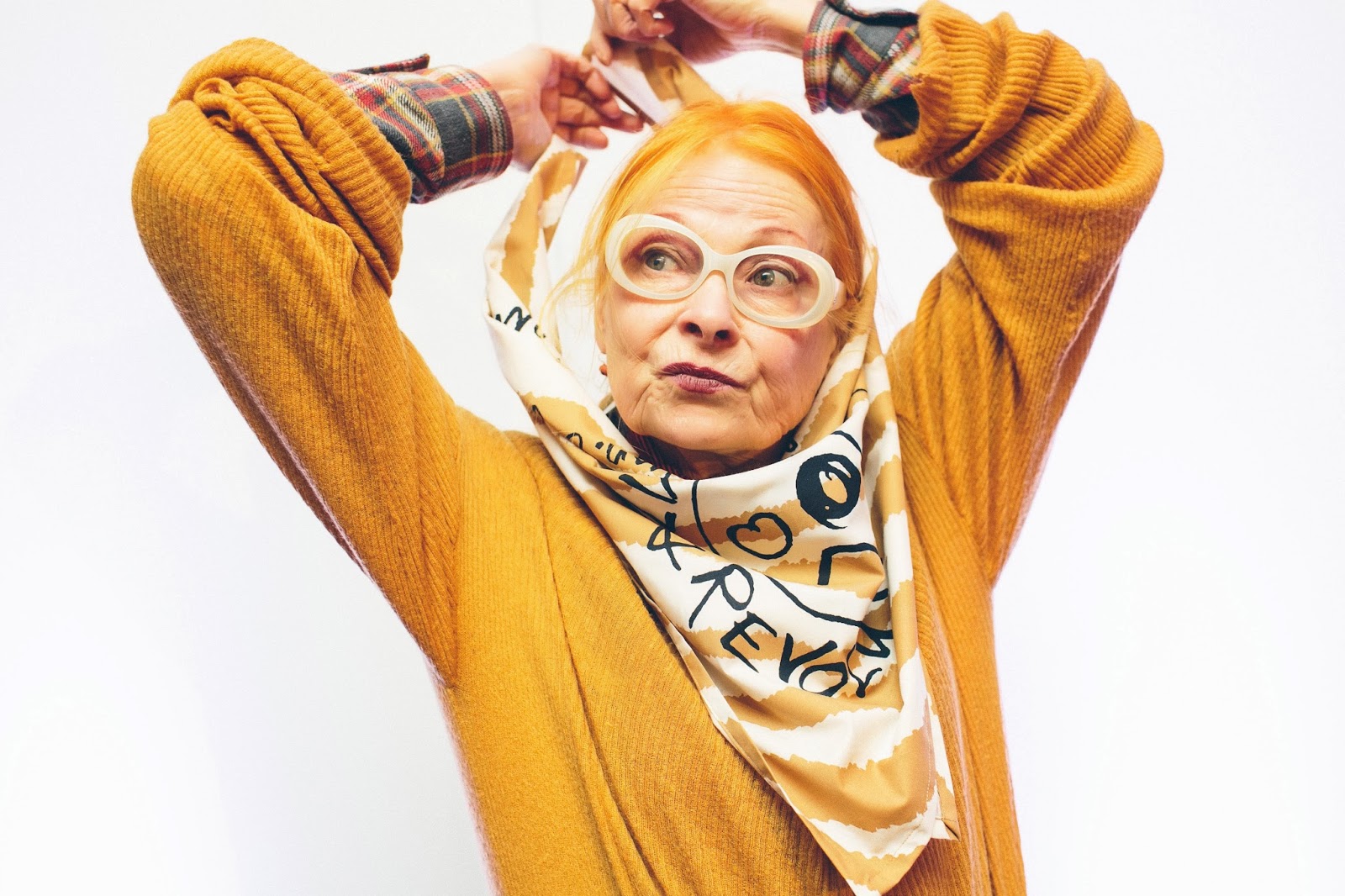 Fashion and Feminism: Or market AWARENESS?

The social paradigm and the feminist struggle has advanced and changed a lot in the transition to the new millennium and it is not unusual to find every week some action of social claim to support feminism. Ya en 2014 Elle magazine created the first feminist cover of a fashion magazine.

Durante 2016 y 2017 We have witnessed many moments that have empowered women: el hashtag #FreeTheNipple, dilution of genres Let Her collection of Zoe Buckman Rave, the message "We all Feminists Should be" on T-Shirts Dior ... always come overshadowed by the economic and business movement that cause. 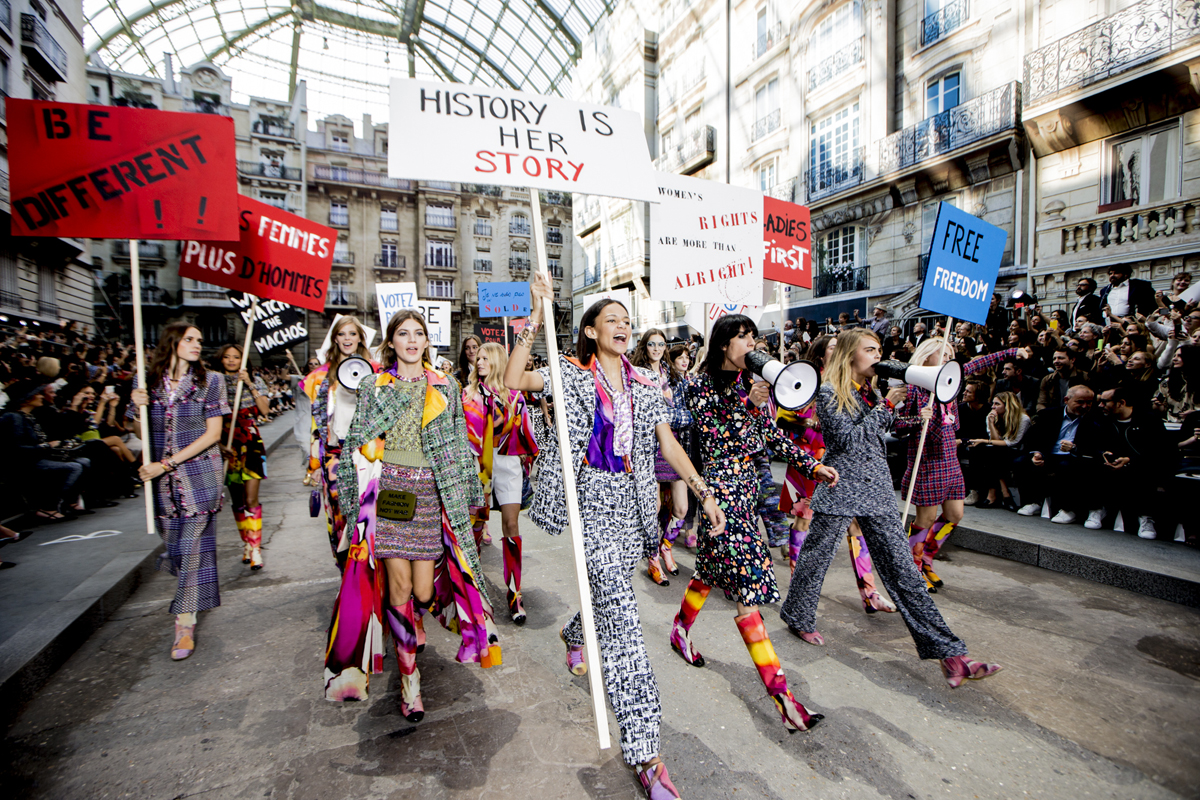 He criticized much collection "feminist" Chanel because of their slogans a bit frivolous and although it is true that could have deepened, I think perhaps served to open his eyes to the mass audience that something is moving (and wishing) globally. Many young people who had little idea of ​​the movement found a gateway to begin to raise their voices – I hope then make the effort to deepen, But I'm glad that fashion light the flame! But I believe it is a "tendency" I think it's a very interesting mix between social and commercial interests. Brands worth looking filthy rich, but they can do so by launching frivolous messages or empowering messages, Why not bet on the latter? 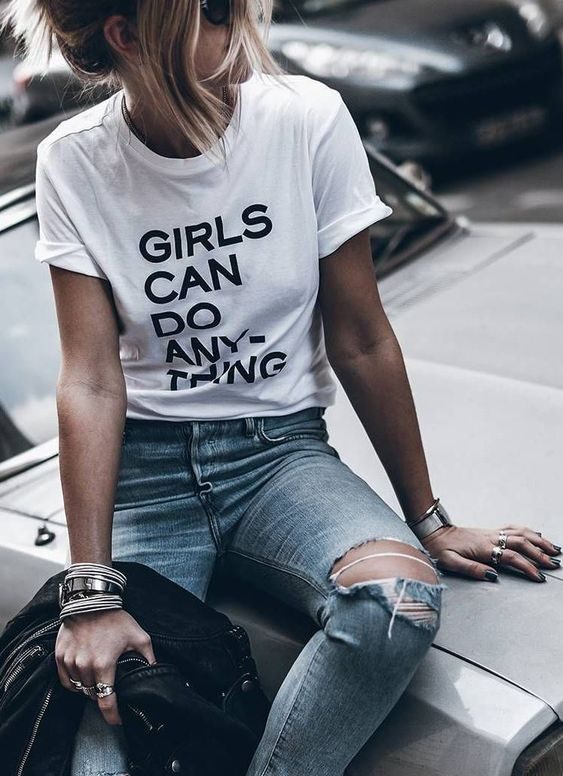 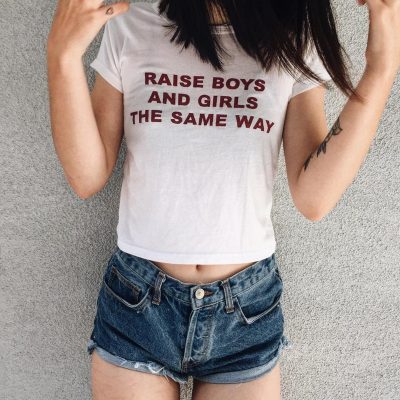 While the prevailing male chauvinism expires, borders are also diluted the influence. Los influencers They have opened a gap in the world of communication (and marketing) becoming essential in the business of fashion and lifestyle to appeal to new generations. Many of these influential network are accomplished advocates of feminist fashion. These young people help establish an environment in which you fight against stereotypes and the situation of women normalizes, In addition to support it in various causes.

As an example of fashion and feminism me memory is the collection of shirts that launched Marta Zalamo with the cry "IM WITH YOU WE ARE ALL TOGETHER" against gender violence. Or the controversial video Dulceida on differences in each woman. (which it was thrashed for being more of a gimmicky content rather than really liberating). 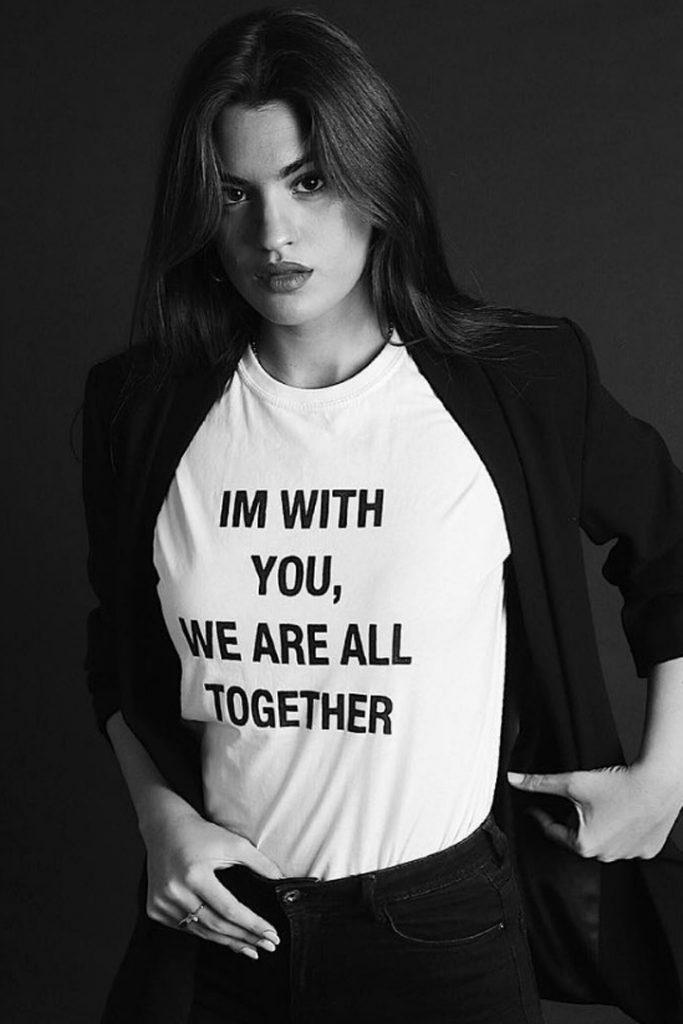 Asimismo, increasingly found information linking the feminist movement with fashion. It is a natural union, necessary and above all must seek to be comprehensive. I would not be that a brand like DIOR be erected as a feminist but not equal pay their workers / as or could not come to handsomest responsibility. Much remains to reflect and enhance, but at least the fuse is already lit.

You can read more about Fashion and Feminism and historical facts in this interesting post "We should all be feminist»En the NBP. SMODA meanwhile reflected on the entrance of feminism in the market with its article "Why becomes feminist fashion 90?«. I also want to emphasize my admiration article Leticia García "Feminism and fashion: A contradiction "and broad reflection« Feminism is fashionable?"In Asombrario. 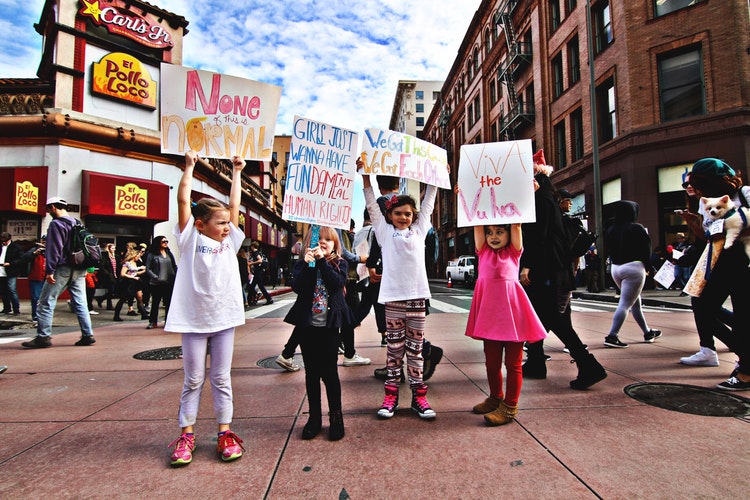